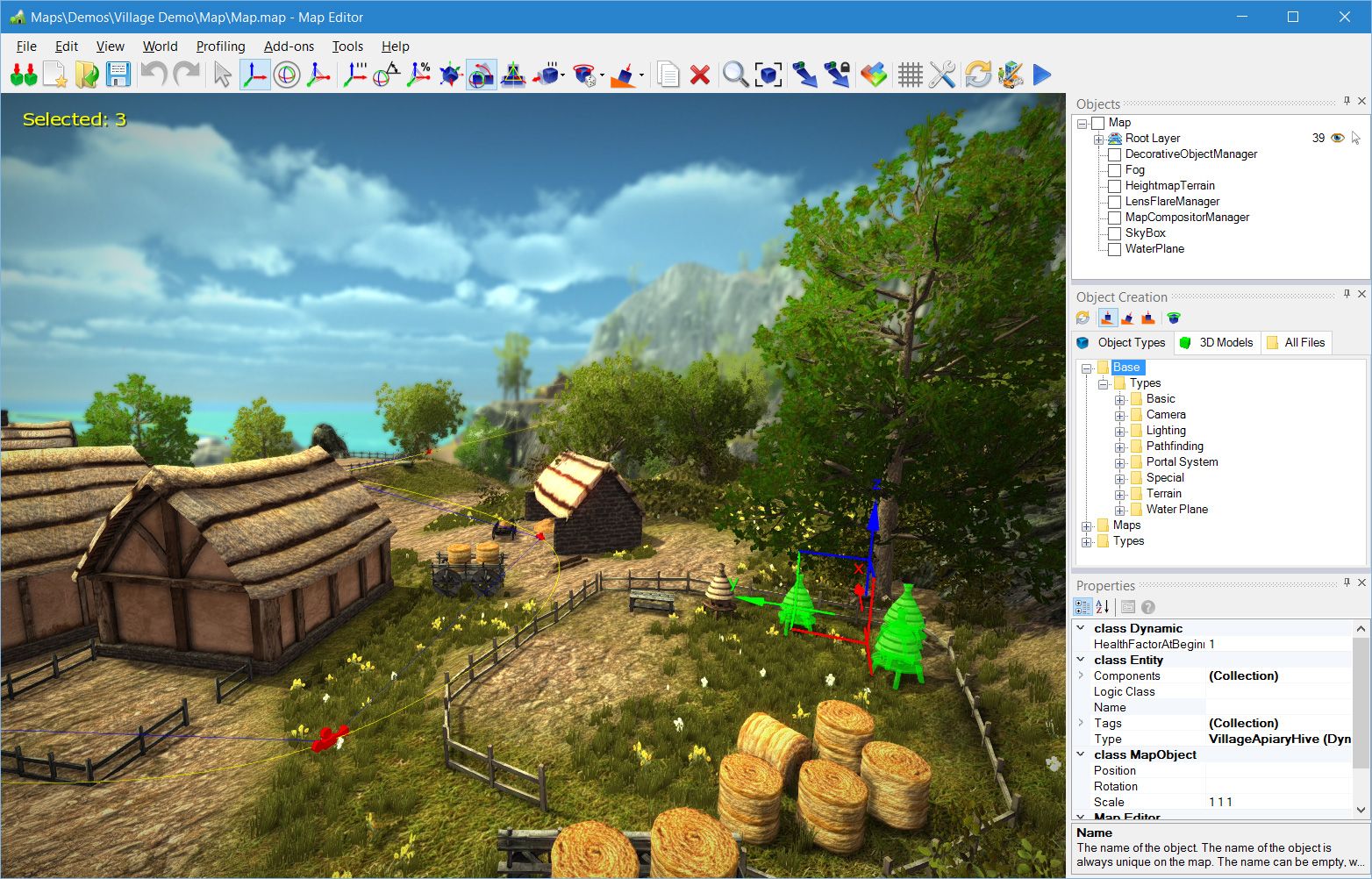 NeoAxis 3D Engine is versatile 3D project development environment. The environment can be used to develop all kinds of 3D projects such as computer games, visual trainers, VR systems, to visualize processes and develop windowed applications.

It includes all the necessary tools to develop advanced 3D projects, from importing content utilities to the deployment tool for preparing the product version of the project. 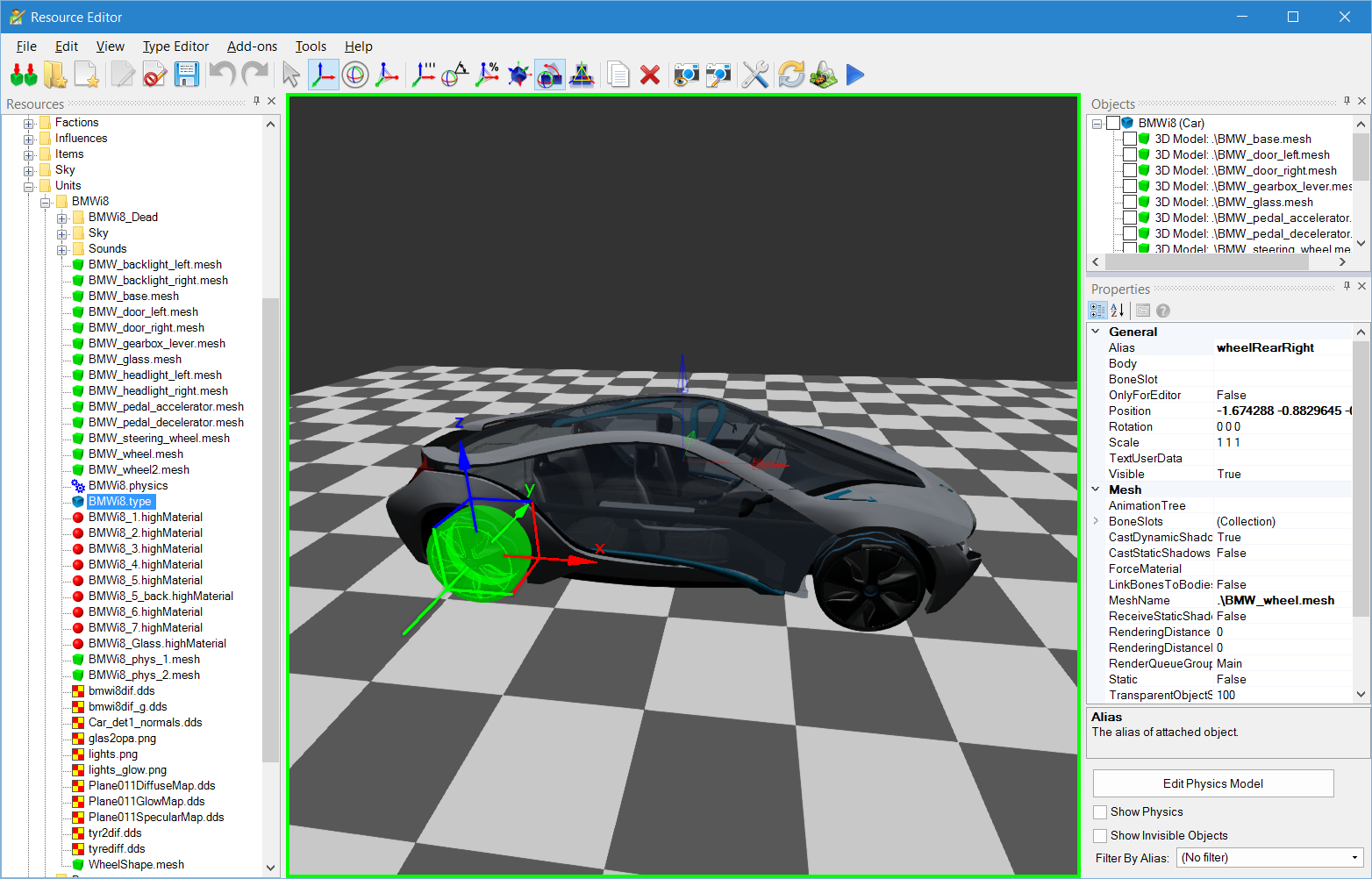 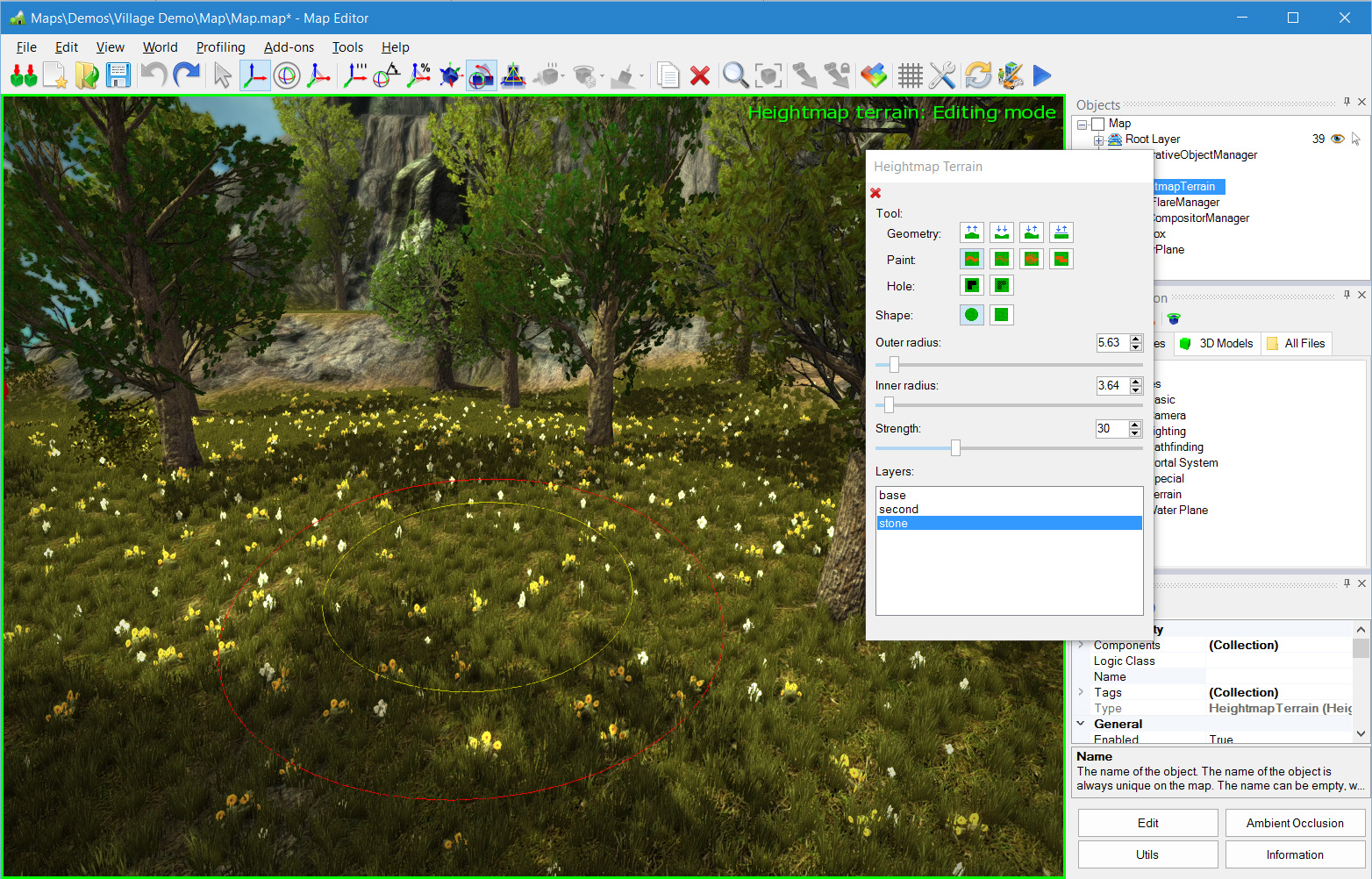 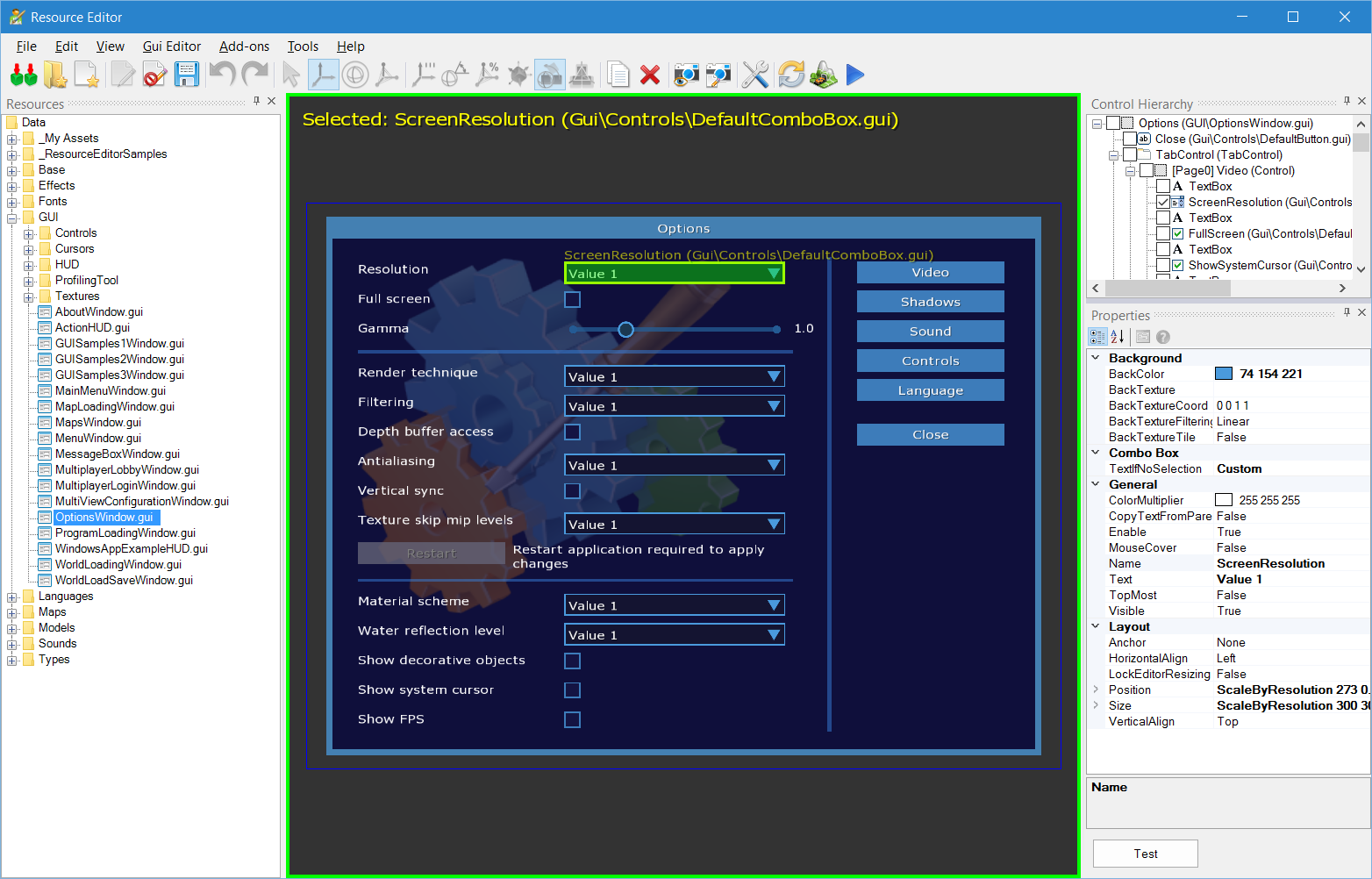 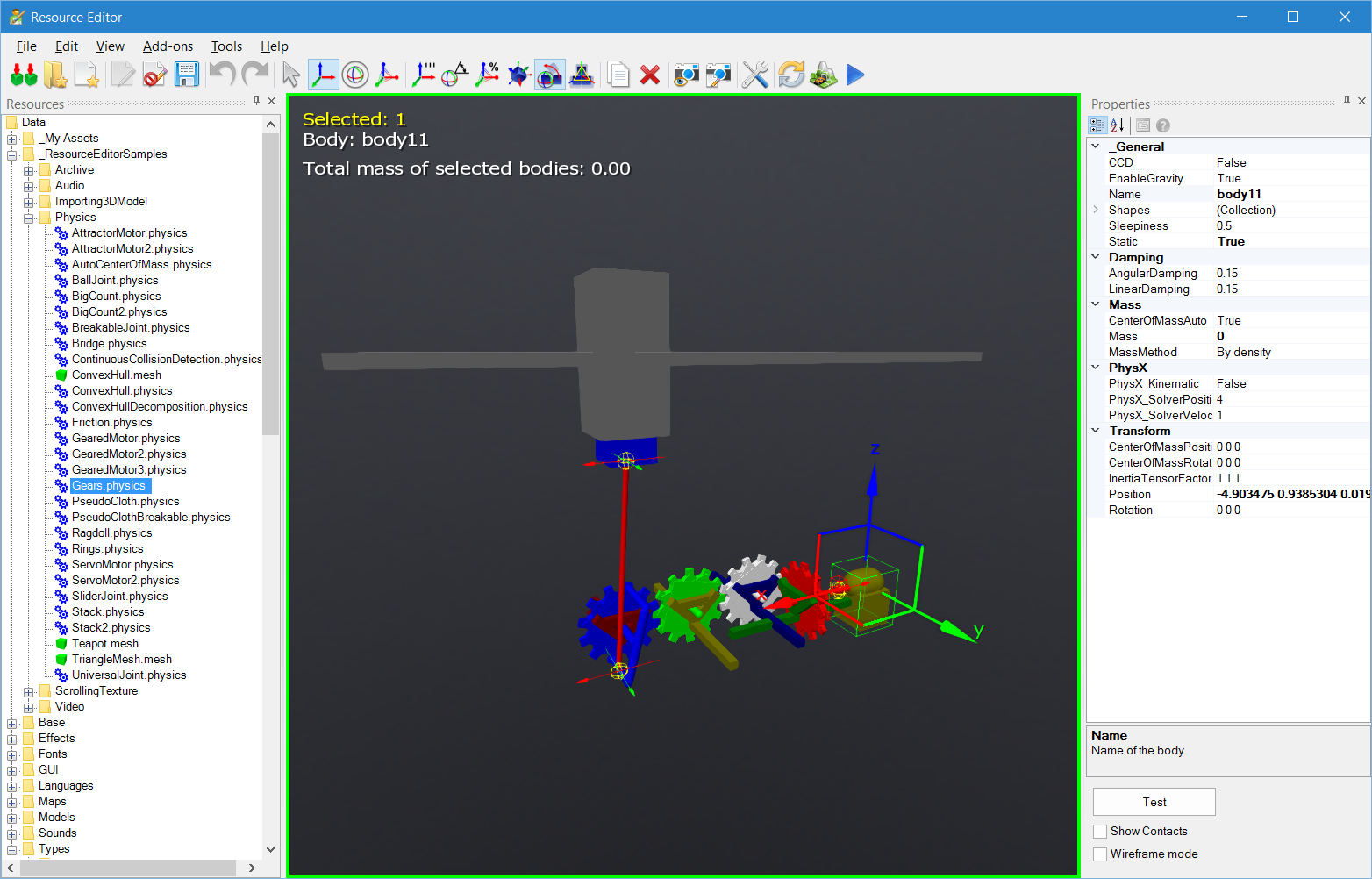 API is based on .NET. The main language is C#. NeoAxis supports .NET 4.0 or later. You can attach libraries written in C/C++ or in any other programming language. The NeoAxis SDK includes the Game.exe application, which is at the same time the demo of the engine and the skeleton of your future project. This application is a framework meant for quick and logical development of the project. It includes examples of different types of projects, as well as a complete menu system including a map loading manager and even more! By using this premade framework, the developer does not waste time on creating a basic application framework and immediately starts to work on his project. 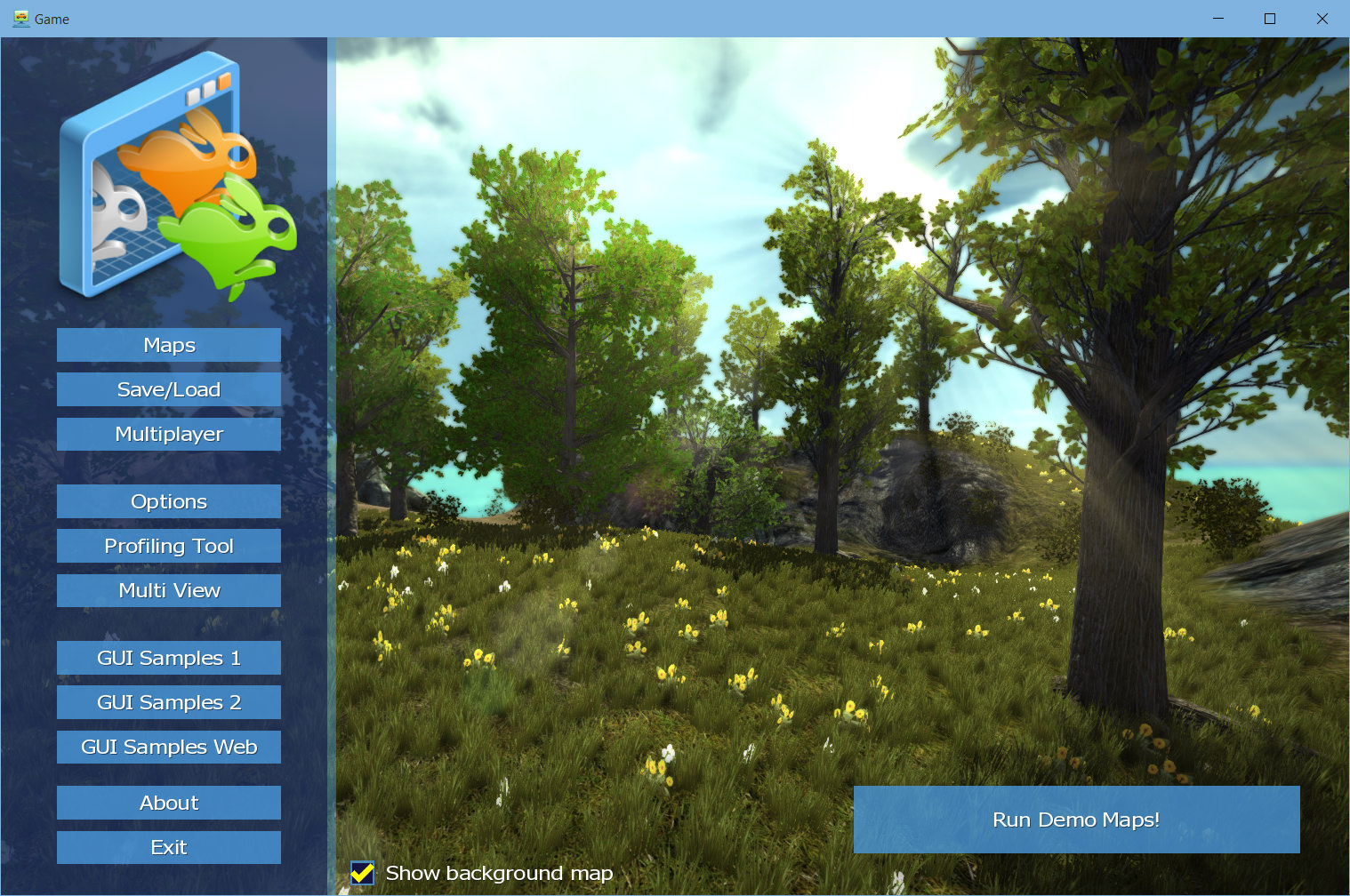 Suitable for any types of projects

The SDK includes a big set of classes, examples and demonstration maps of different types. Includes: 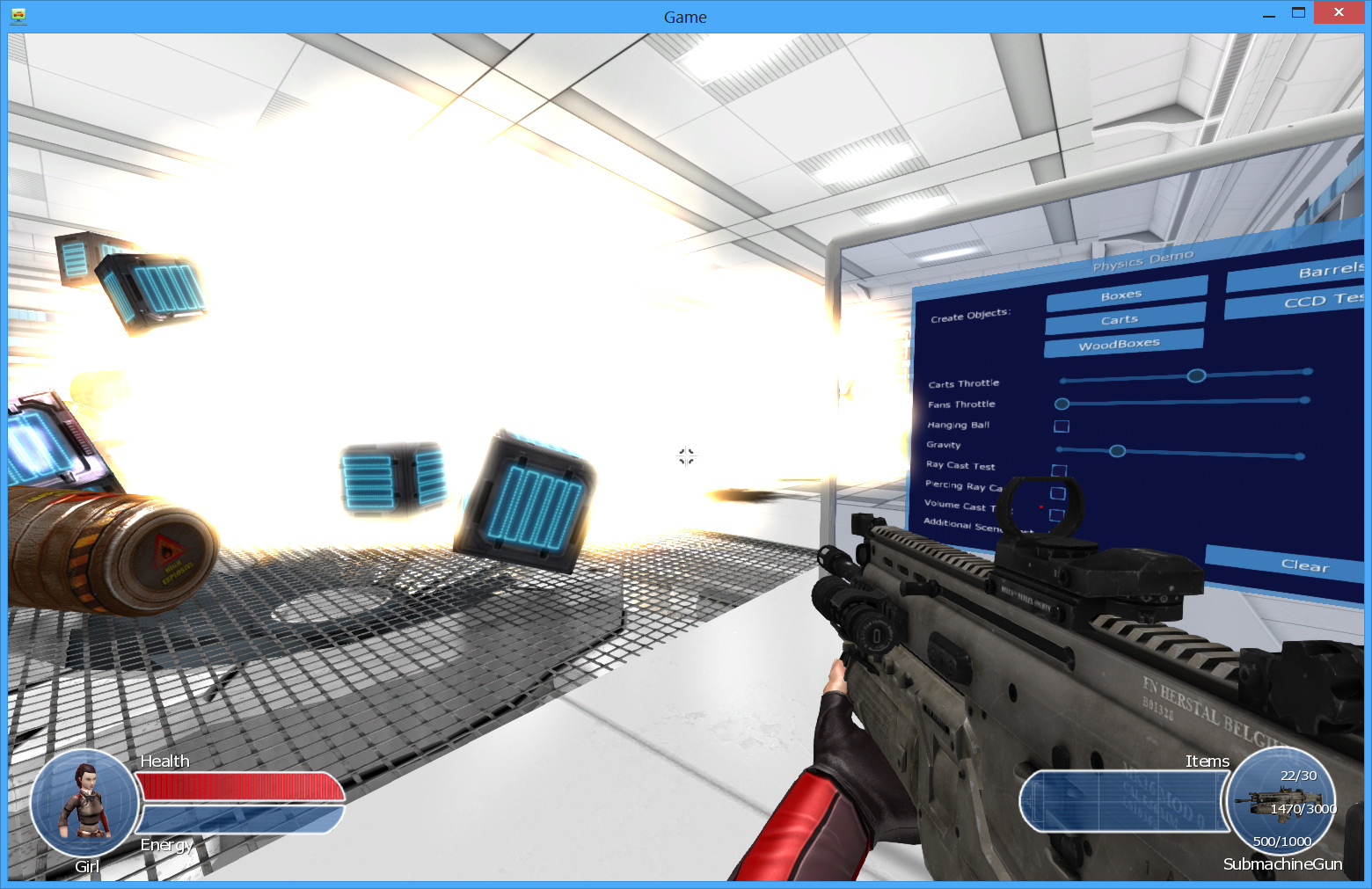 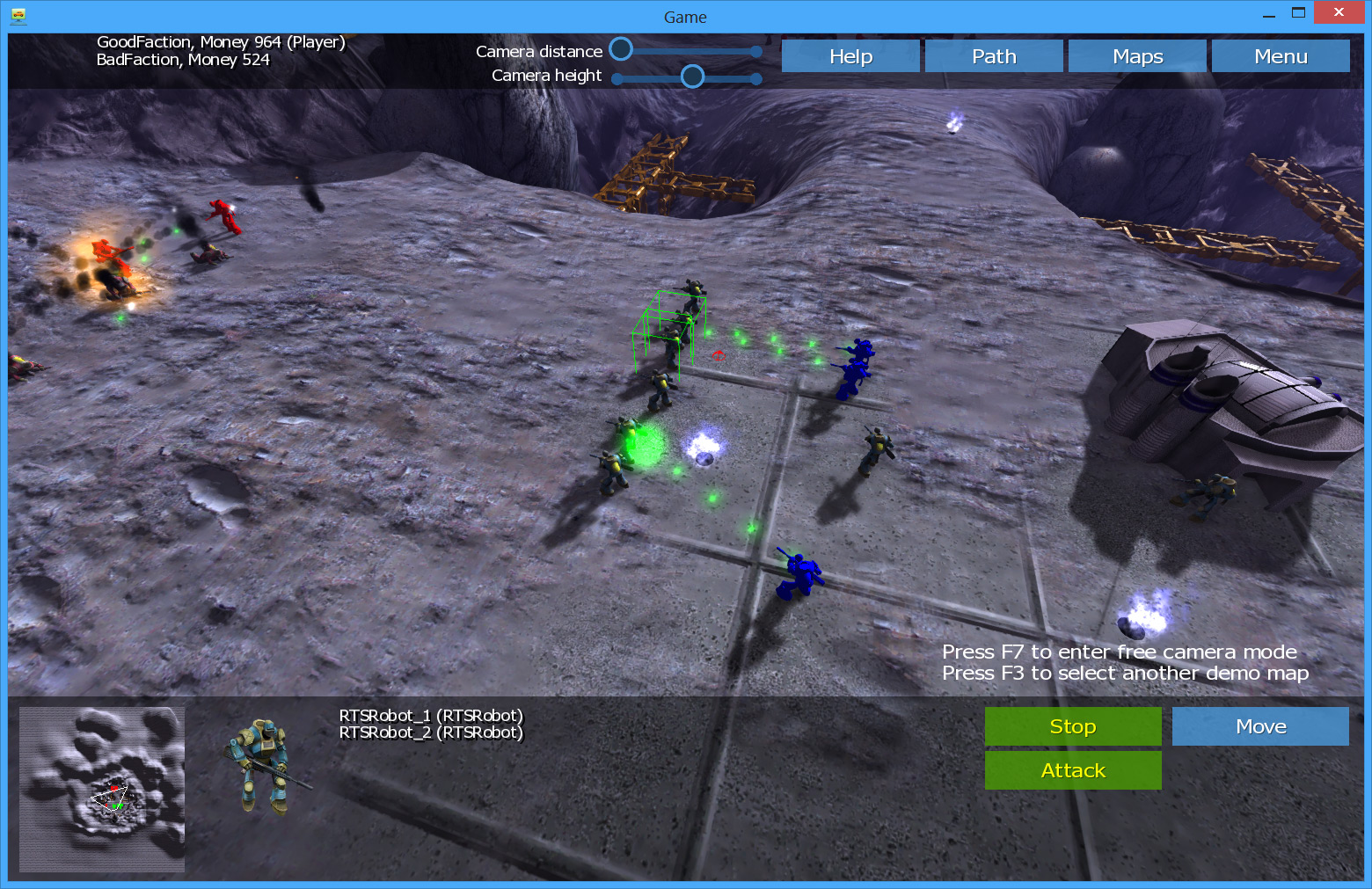 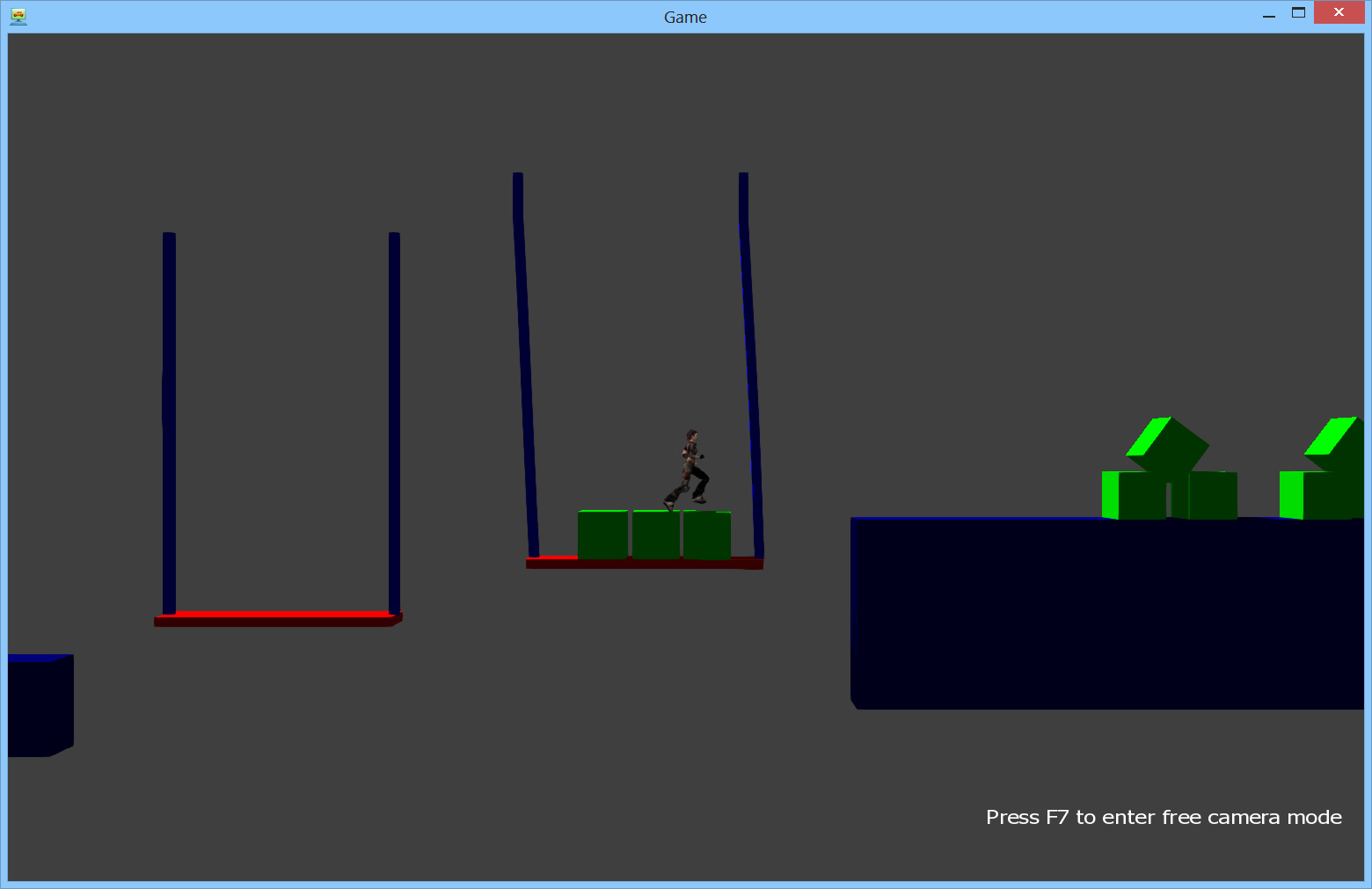 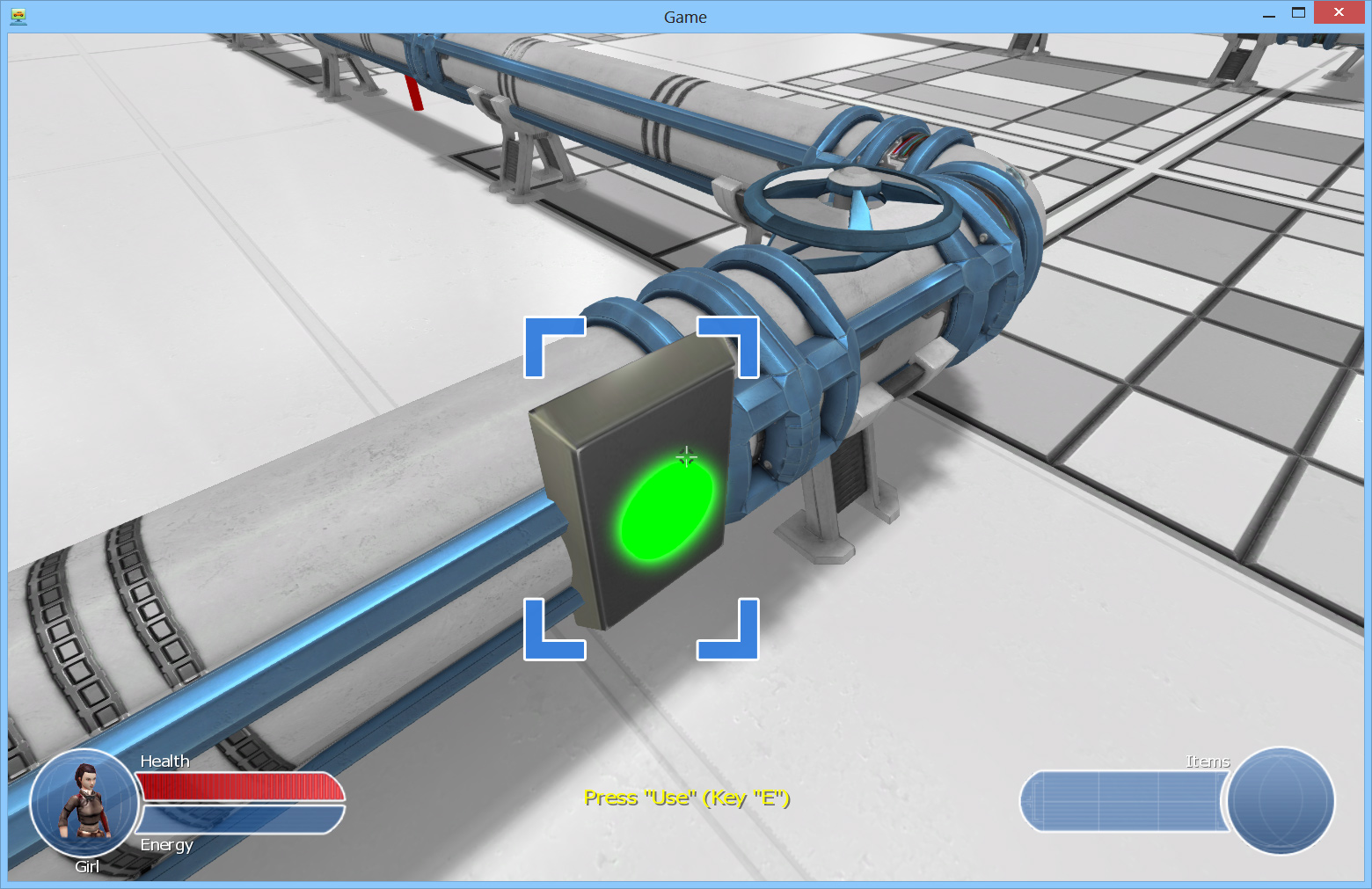 Can be integrated into windowed applications (WPF, WinForms)

The SDK includes frameworks and examples of integration of the engine in Windows Presentation Foundation (WPF) and Windows Forms (WinForms) applications. 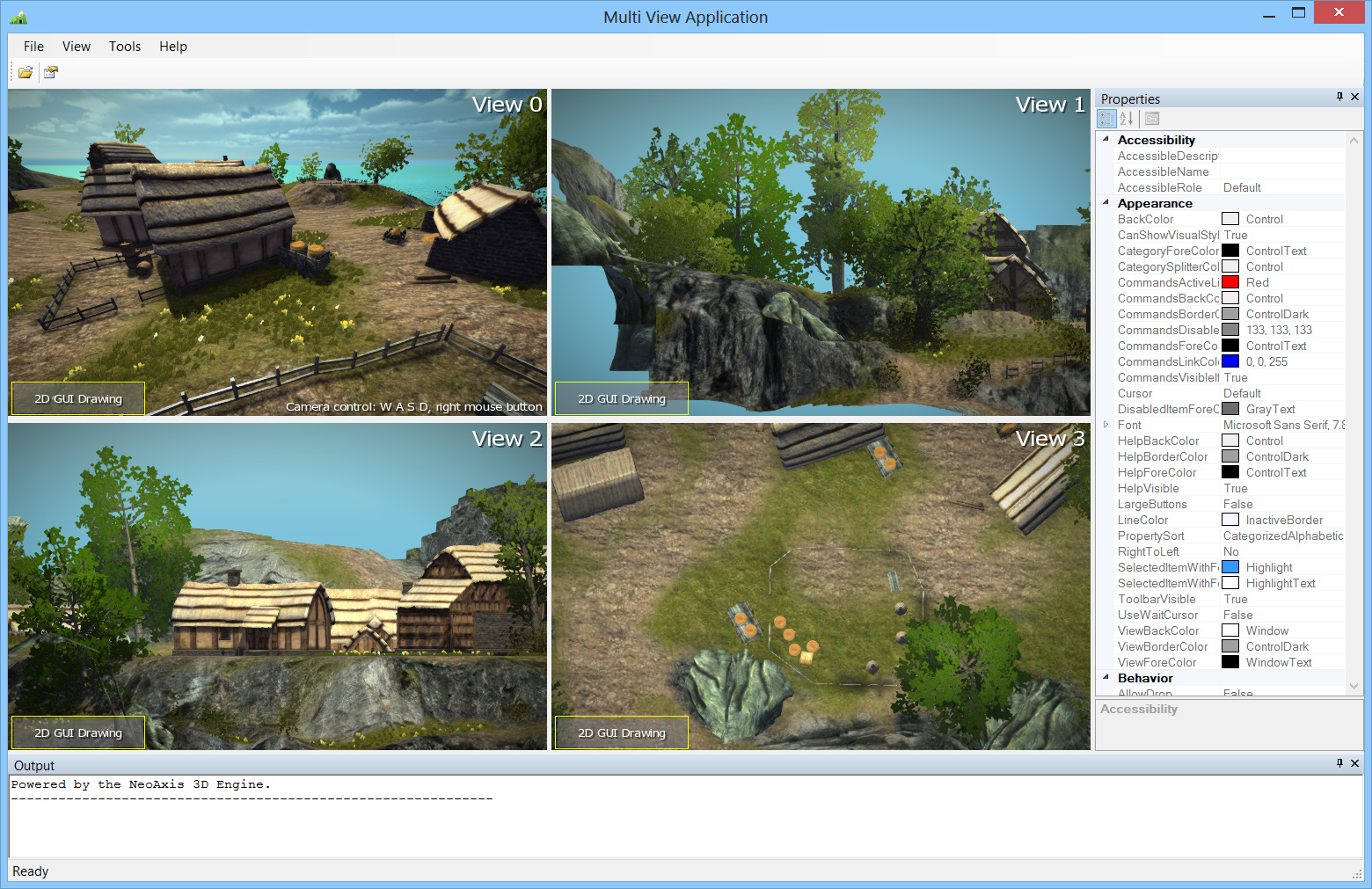 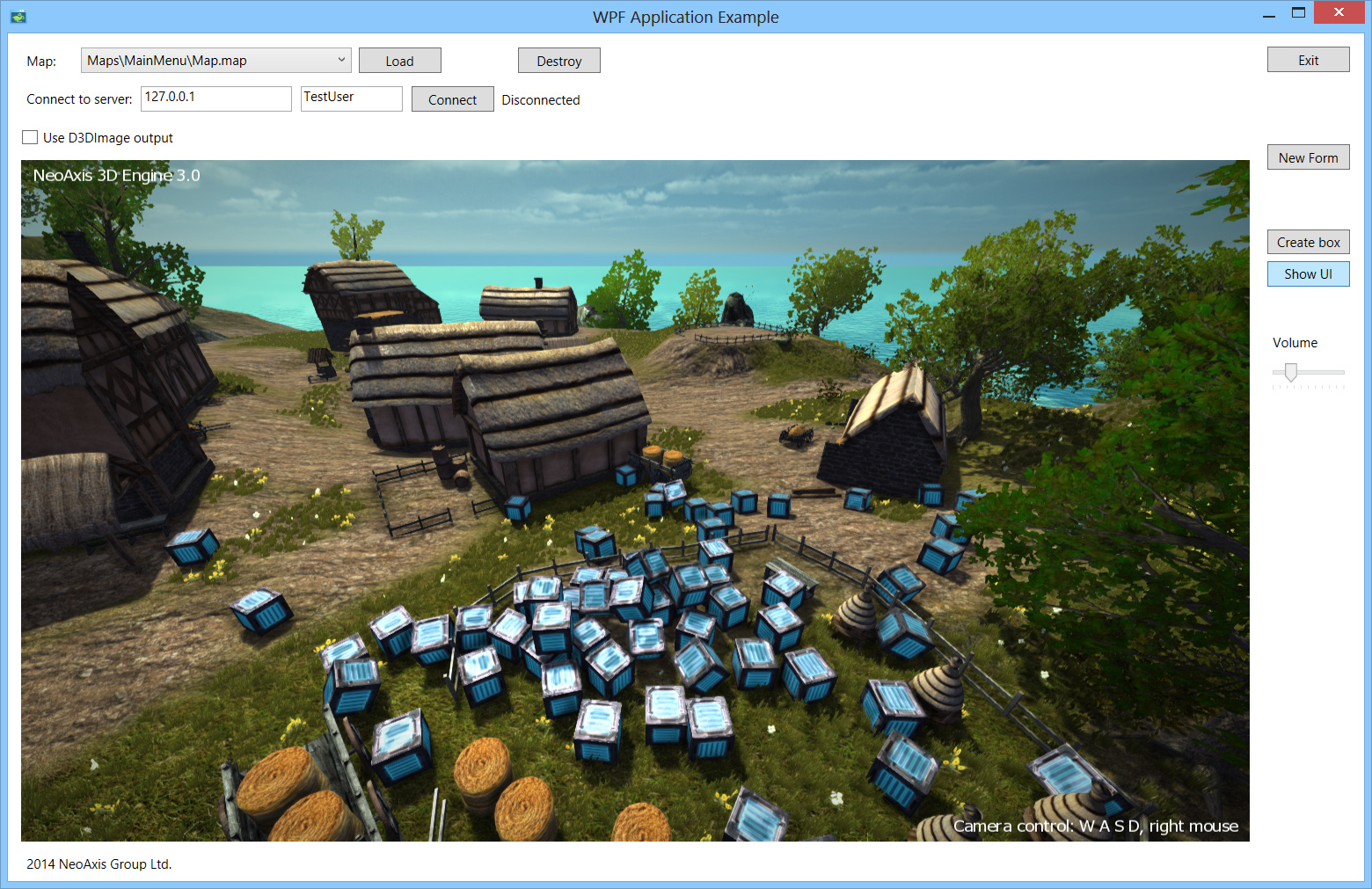 SDK engine includes a large set of full-screen effects as well as an API that allows you to easily add new effects. 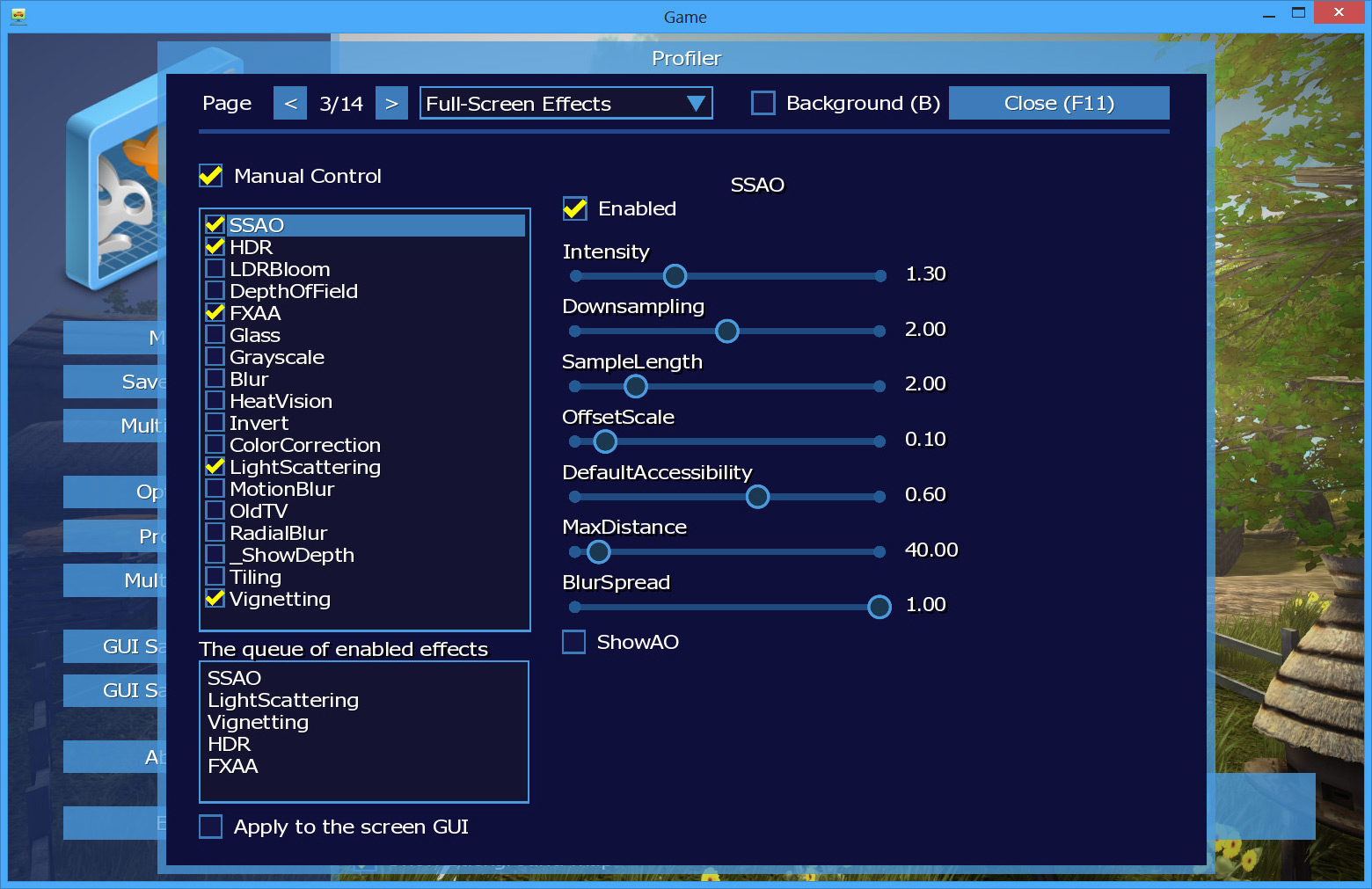 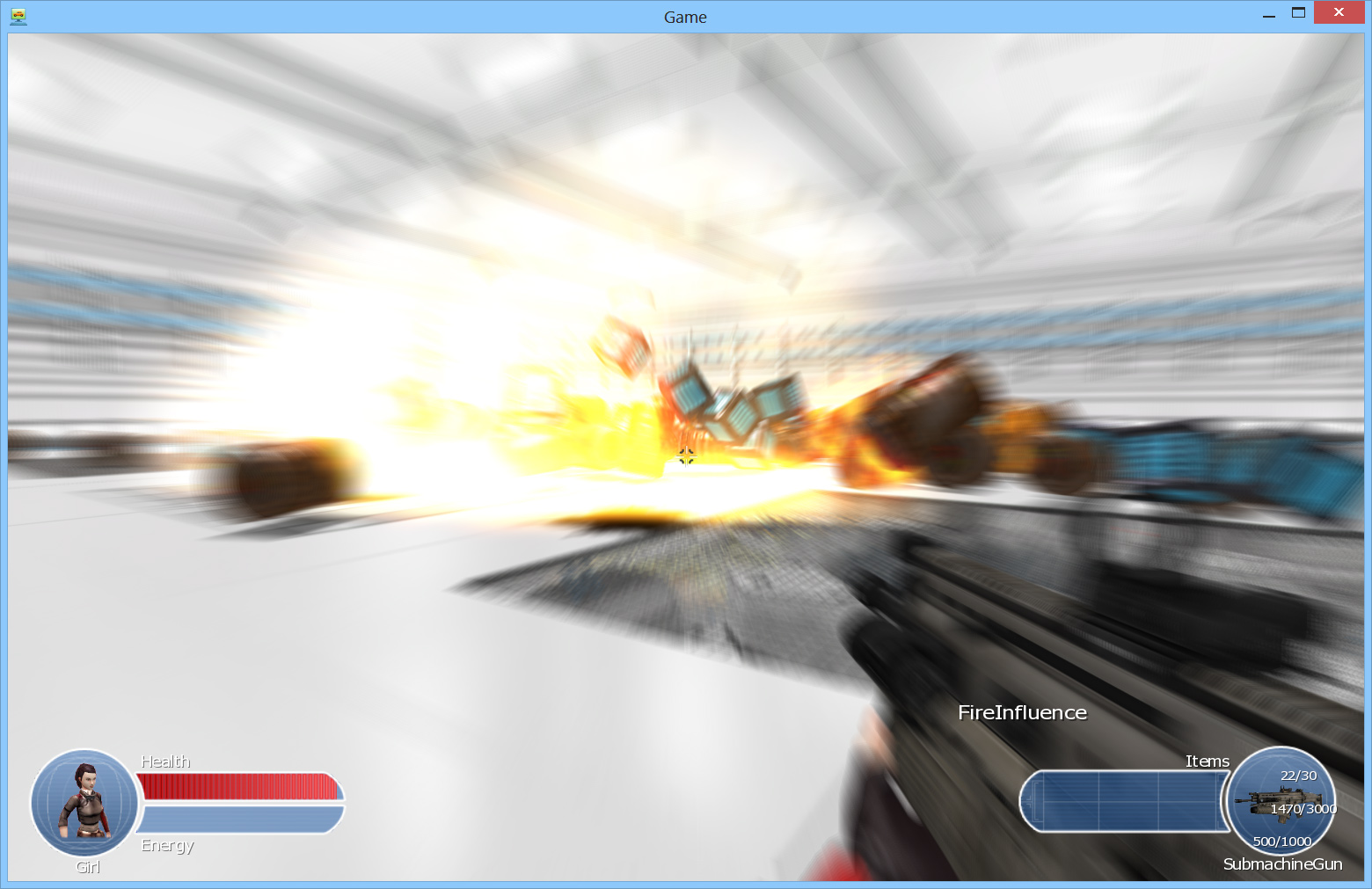 The engine includes the ability to create cars with simulator-level quality. Tools include convenient utilities for configuring vehicle physics. Example of car, tanks and turret creation are available in the SDK. 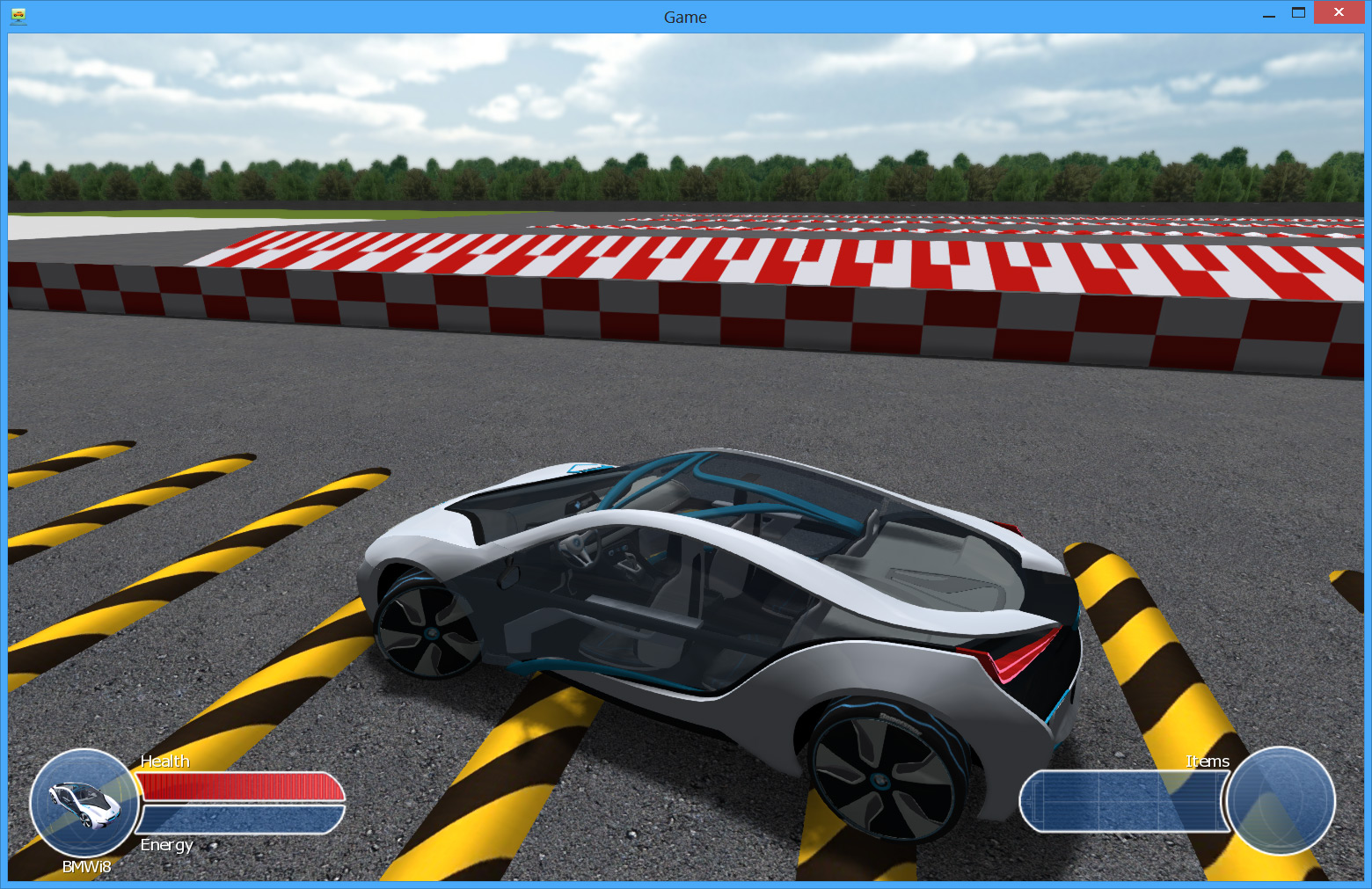 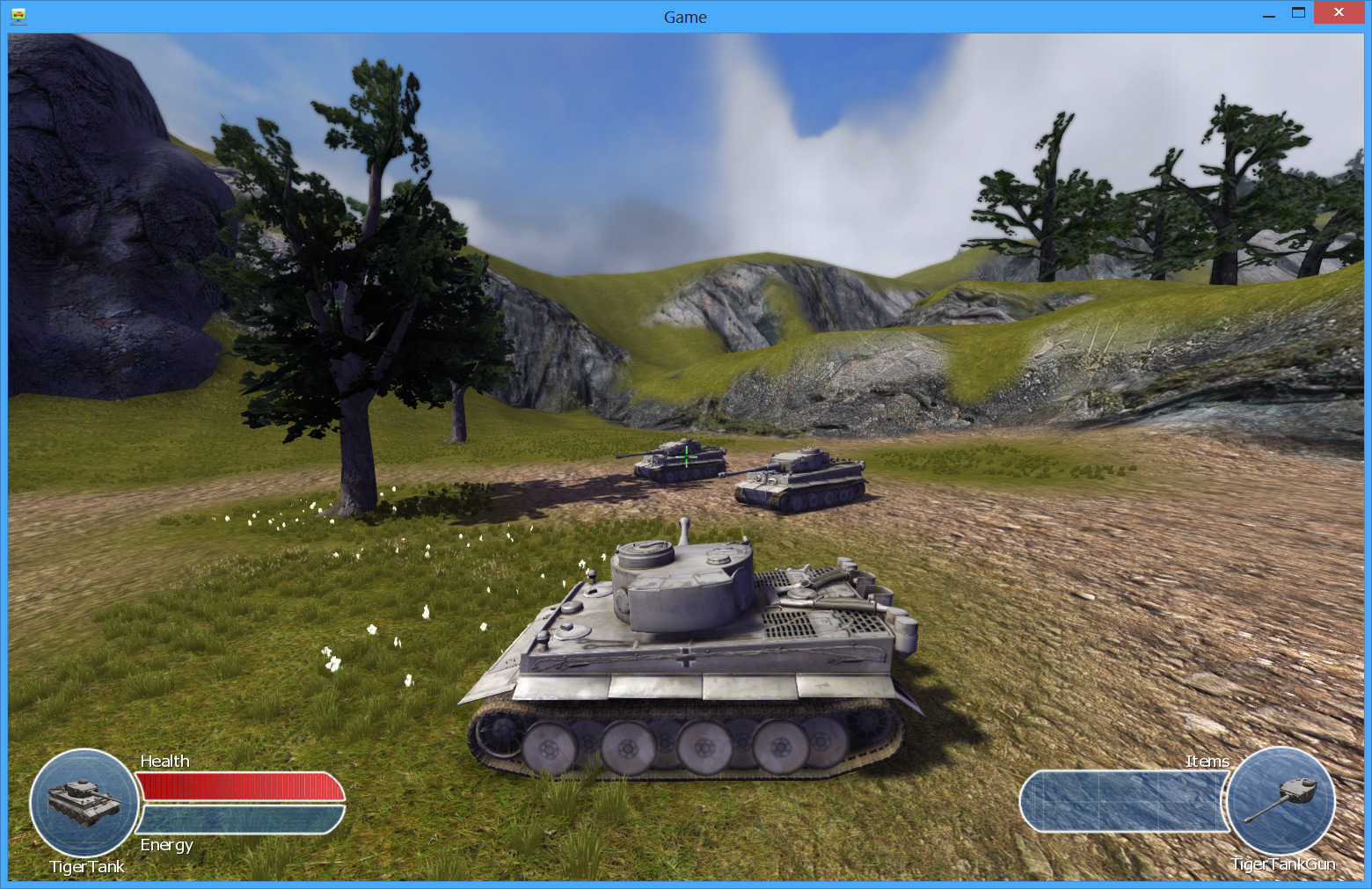 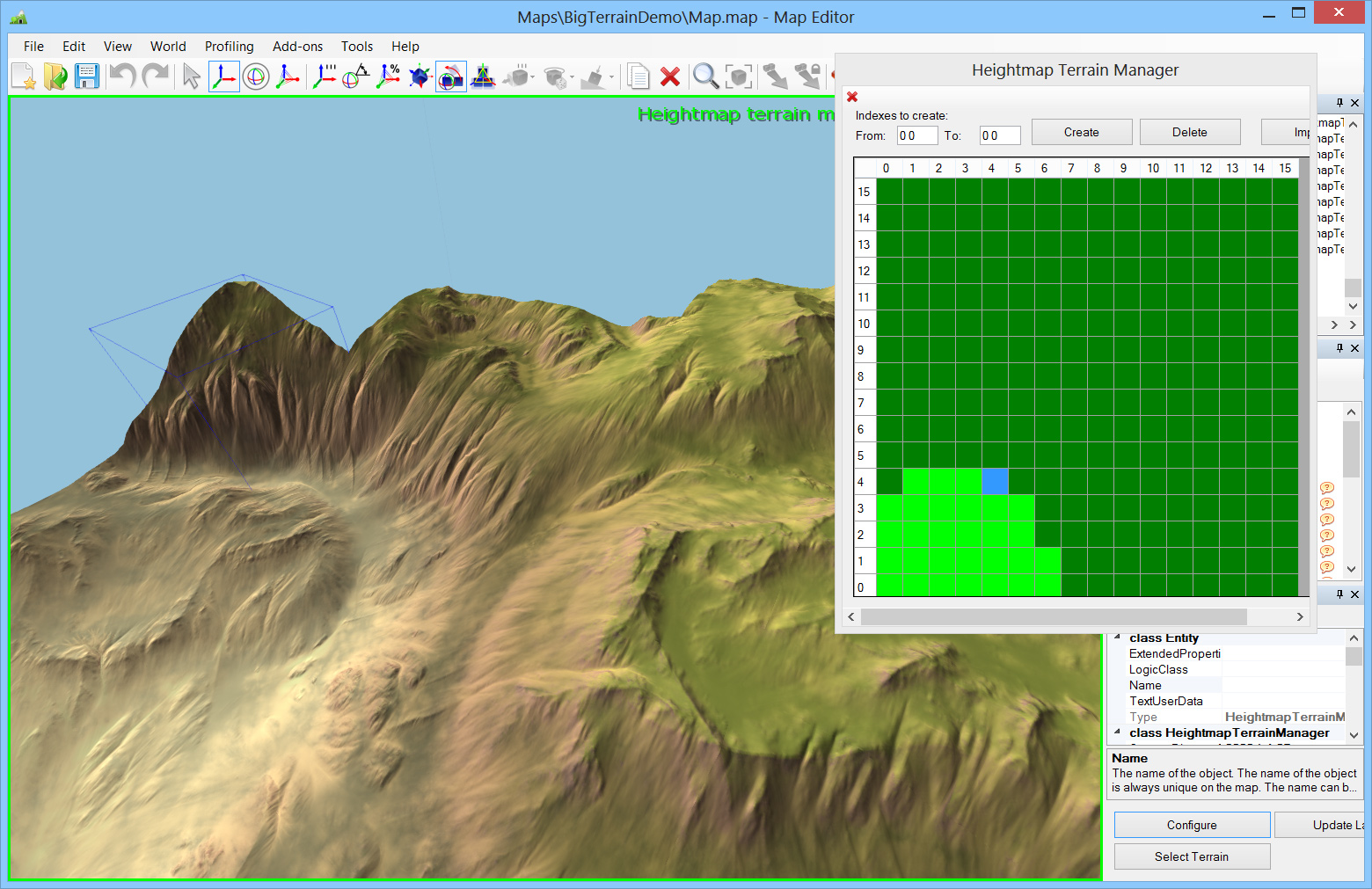 Give life to your objects with the built-in NVIDIA PhysX. PhysX is the most advanced and most used physics framework in modern 3D projects. The physical models editor allows you to configure rigid bodies, joints, motors, ragdolls, vehicles. The engine includes all the necessary tools to easily create vehicles, including cars with realistic physics, tanks and similar equipment. 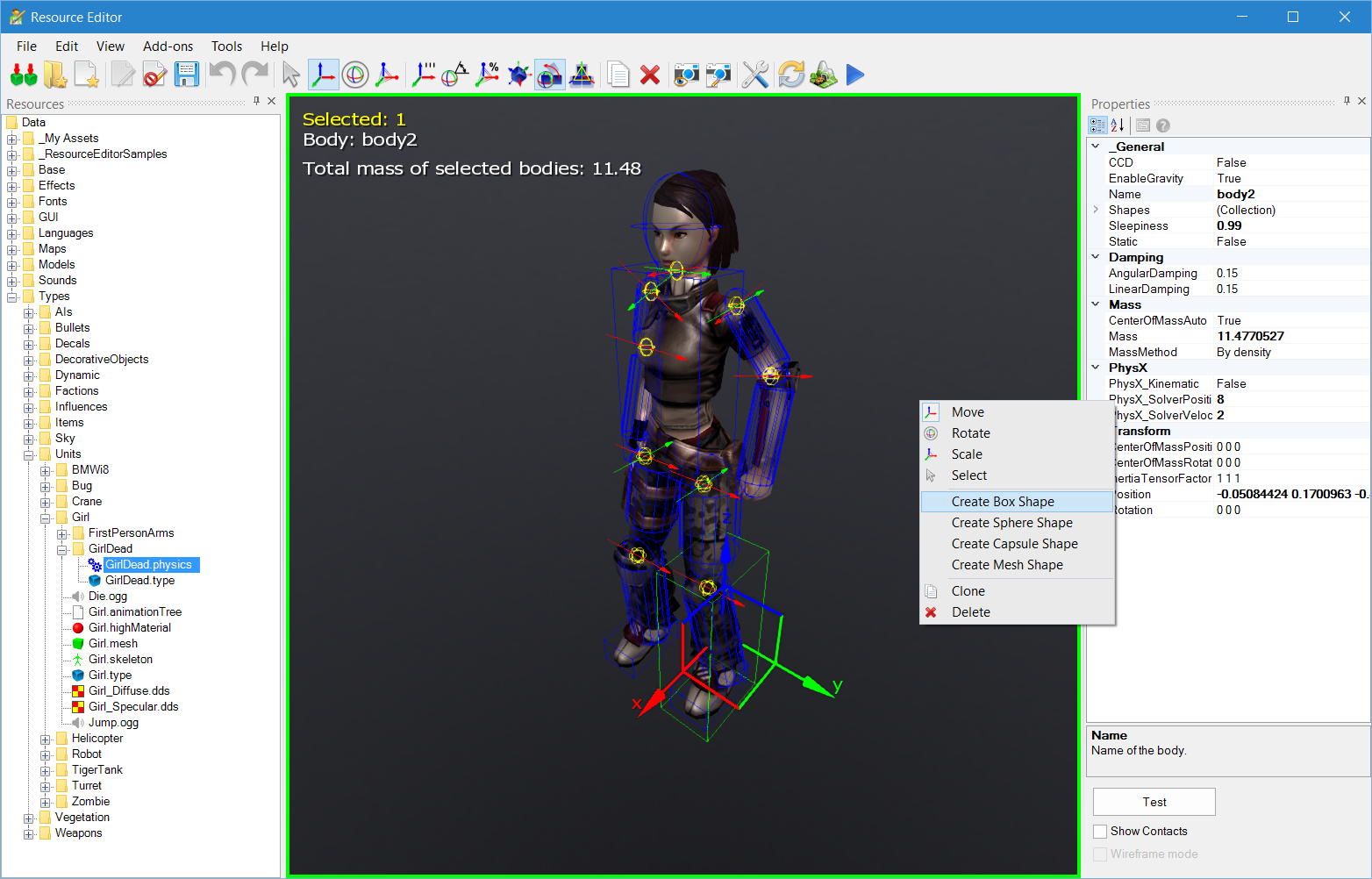 NeoAxis 3D Engine includes built-in support for network synchronization based on a client-server architecture. Allows you to add network support at a high level of abstraction, even without low-level network protocols knowledge. NeoAxis contains an application for creating dedicated servers usable in LAN or over the internet. 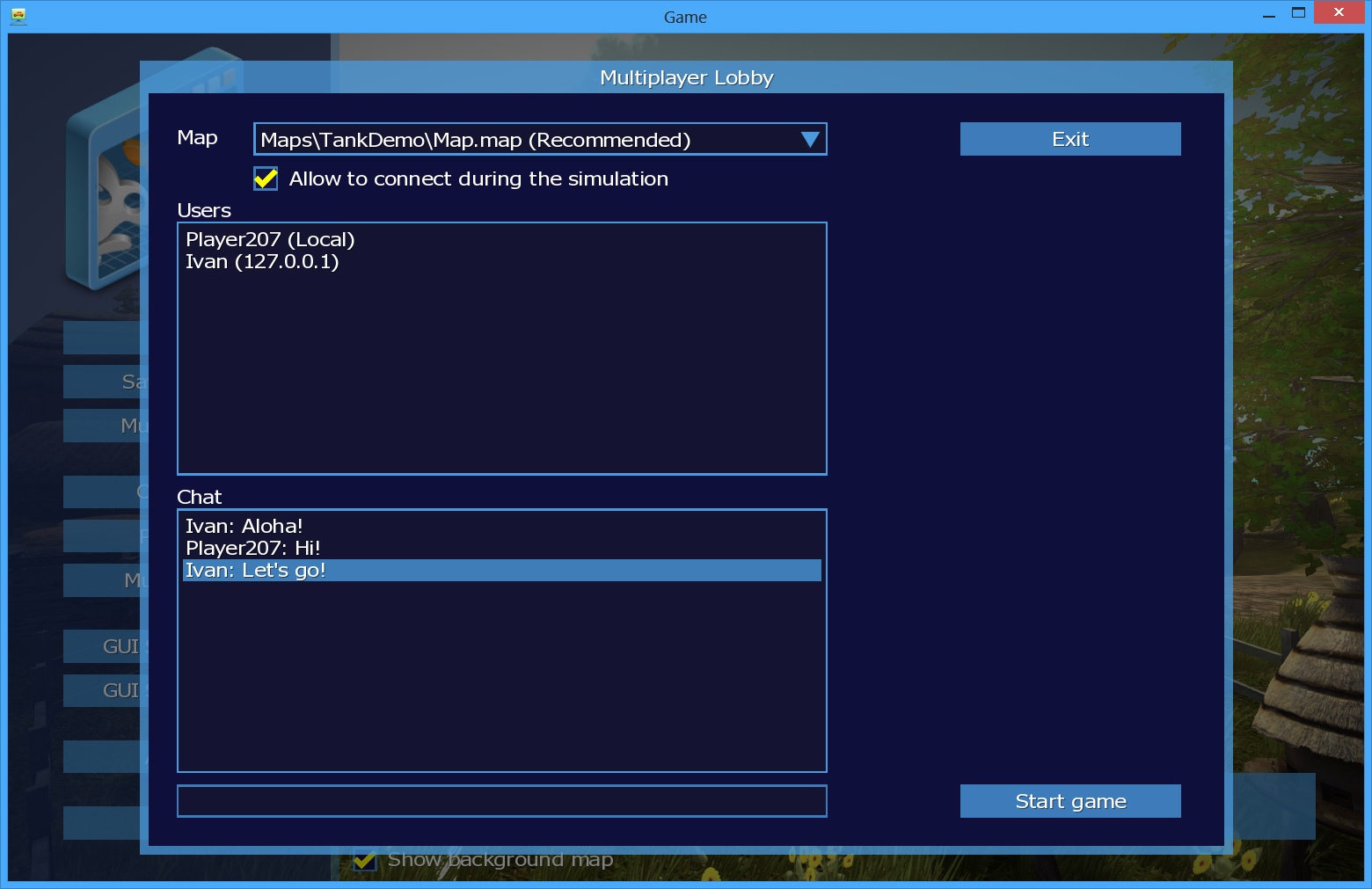 NeoAxis extensible user interface is a complete system for creating controls, menus, dialogs and game screens. The tools of the engine includes a full-featured user interface editor allowing you to design the user interface of your project in the shortest time possible. The engine supports rendering user interfaces in 3D space and built-in web browser control. 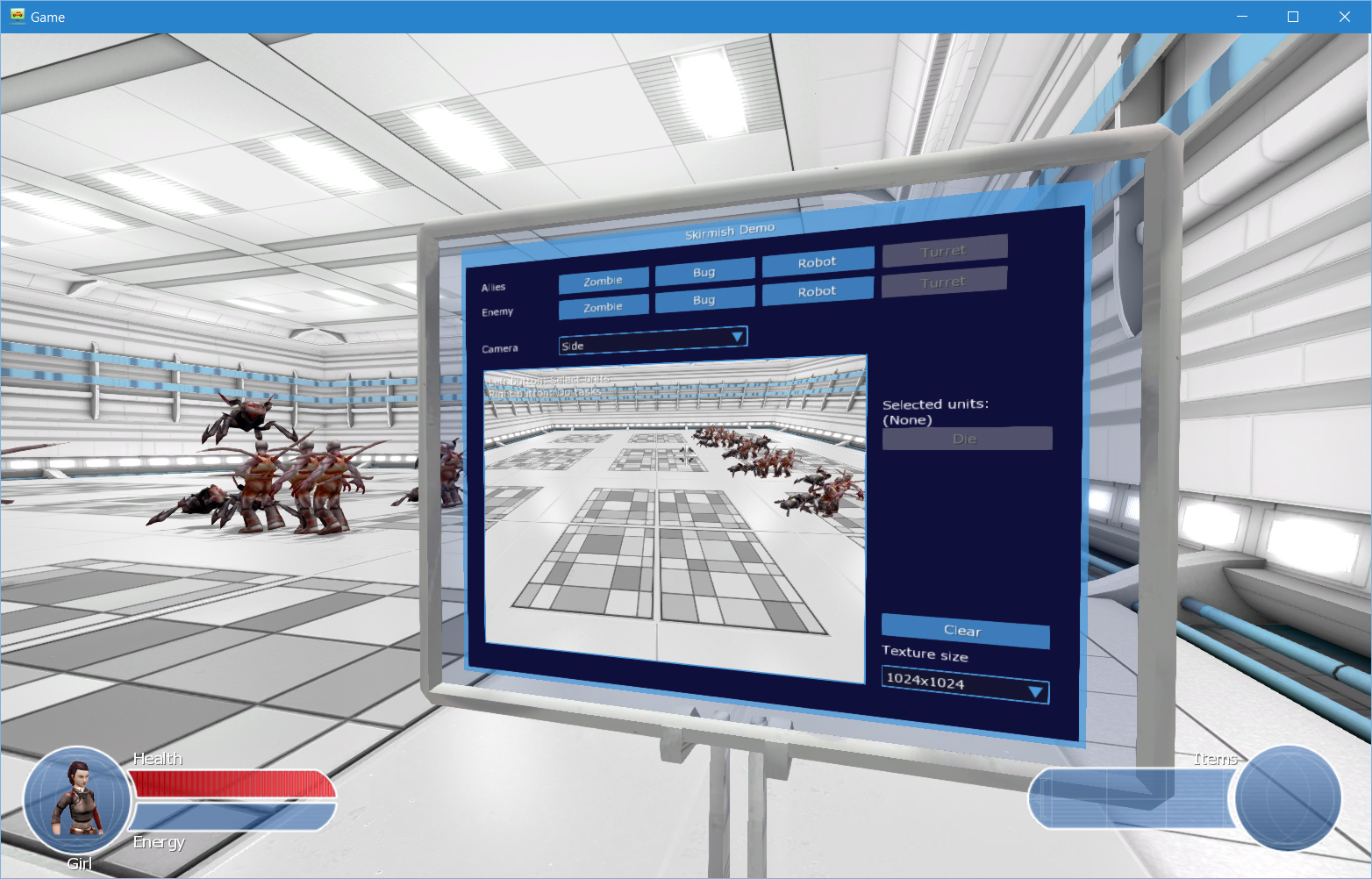 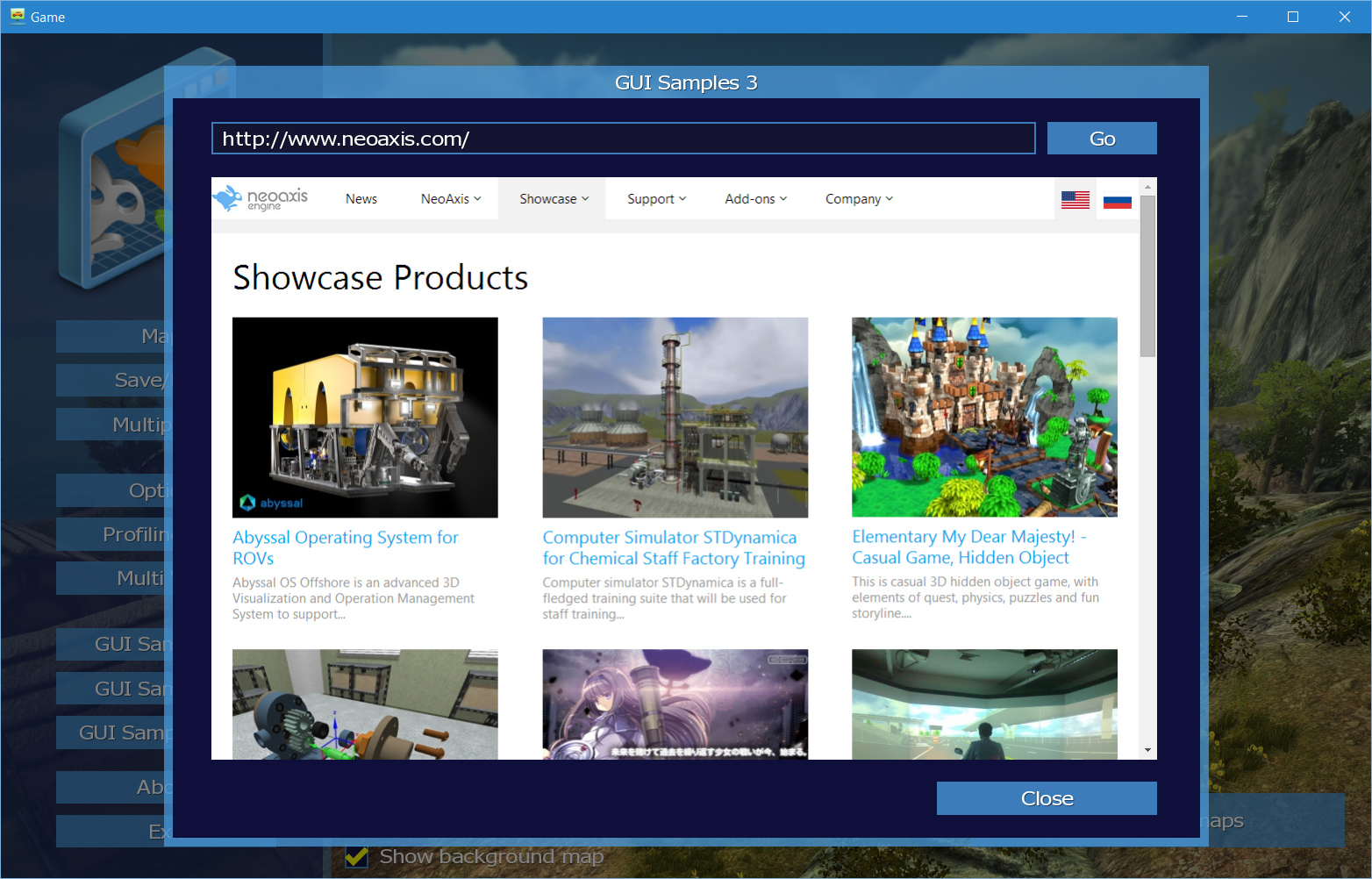 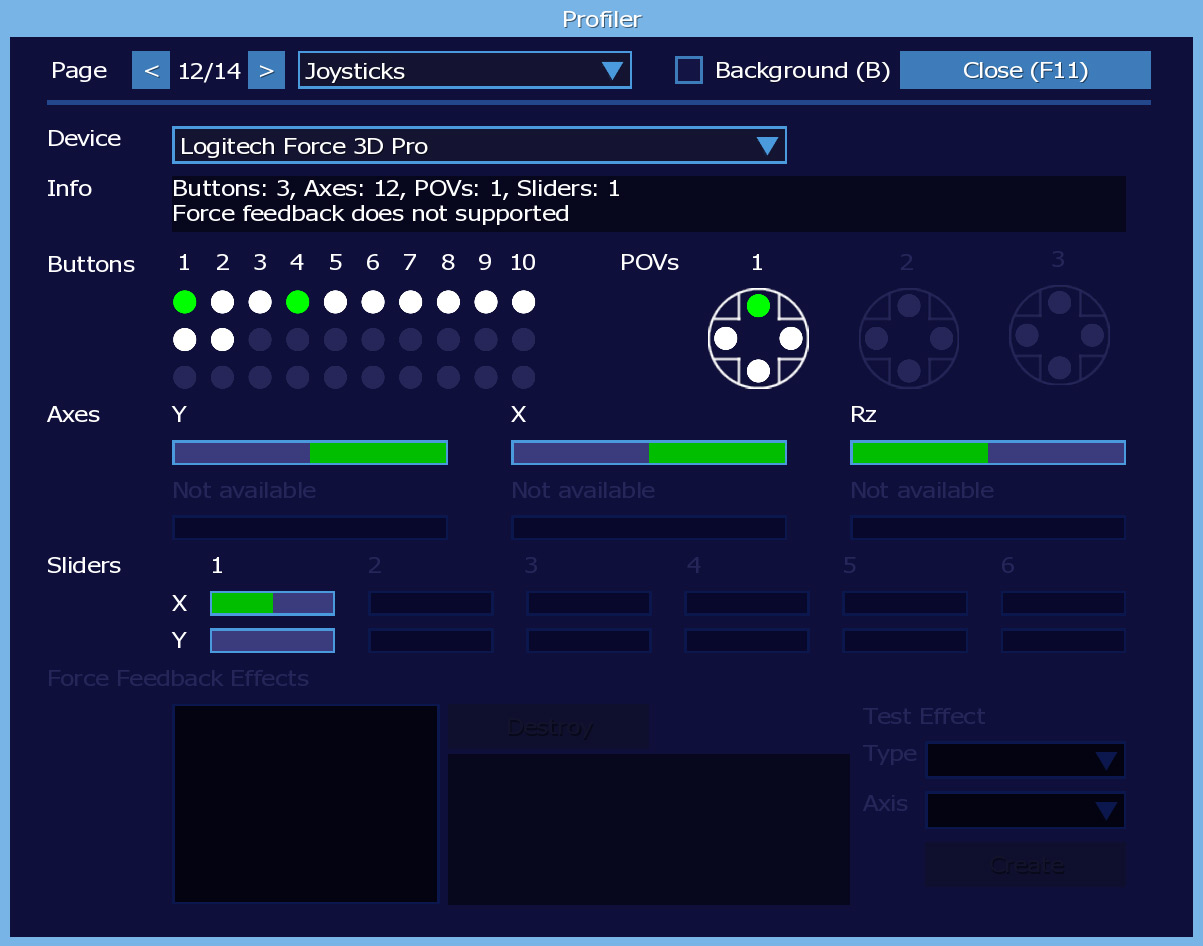 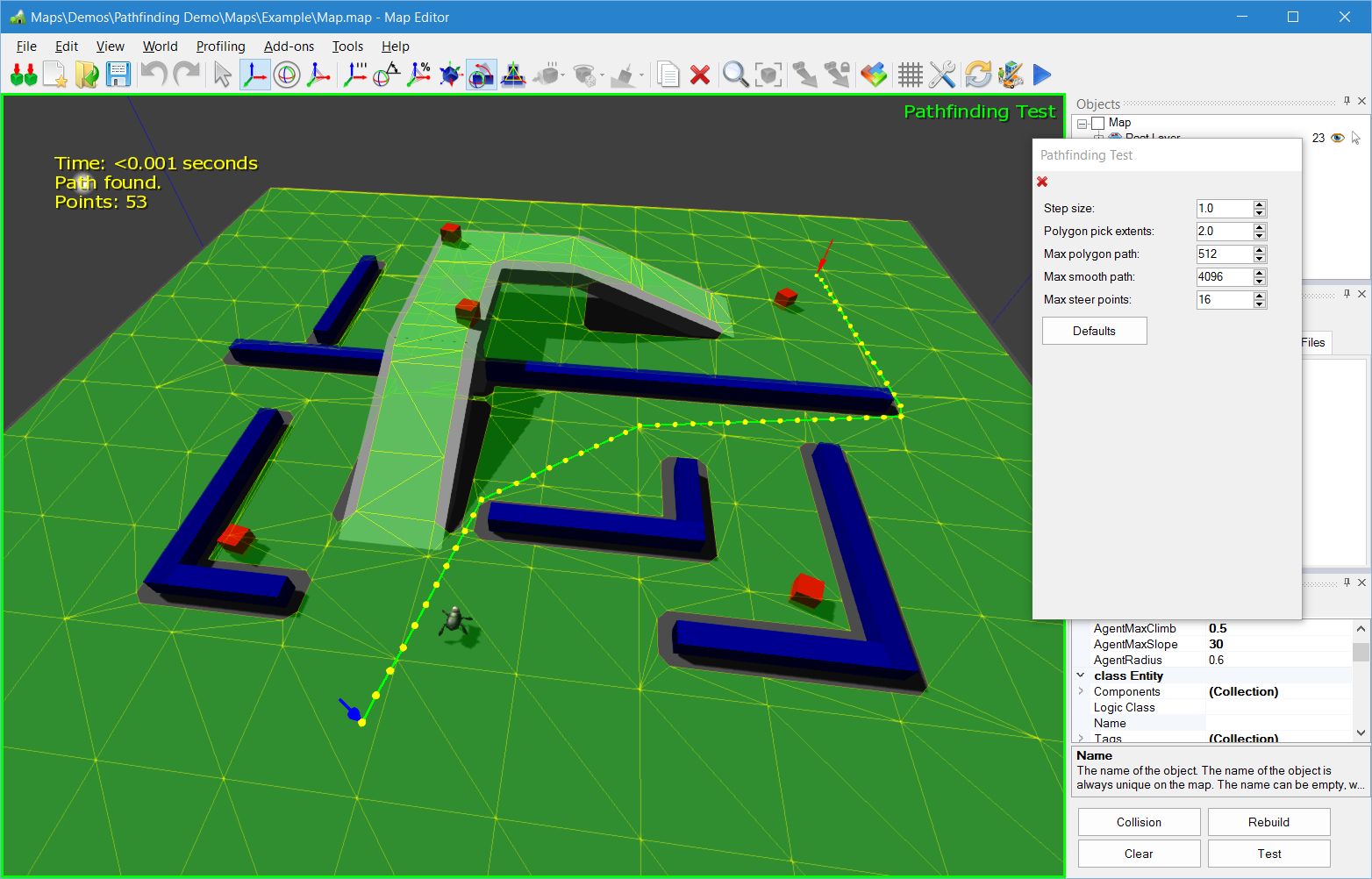 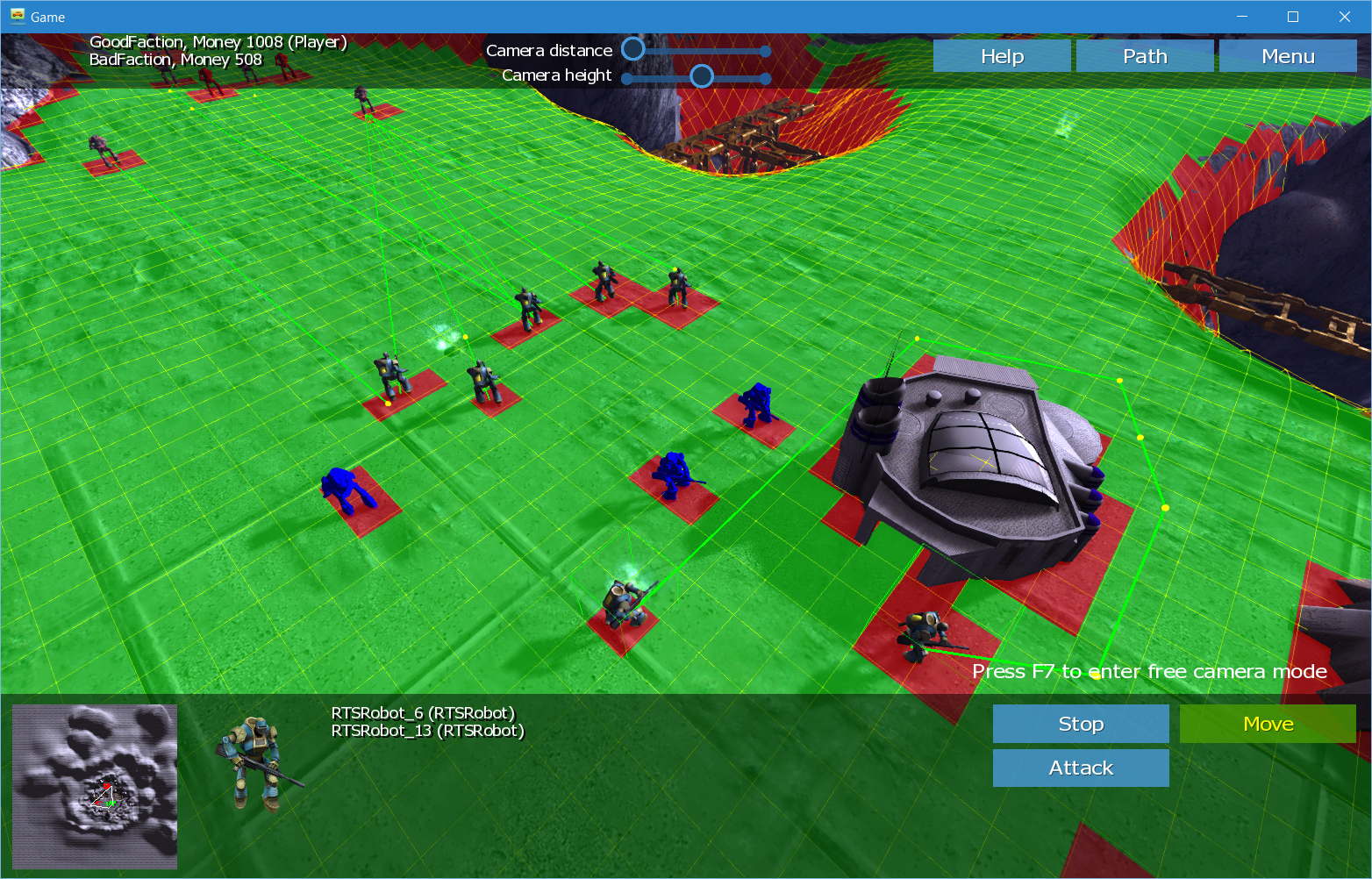 Built-in tools allows to see resources usage of the system and performance of the application. 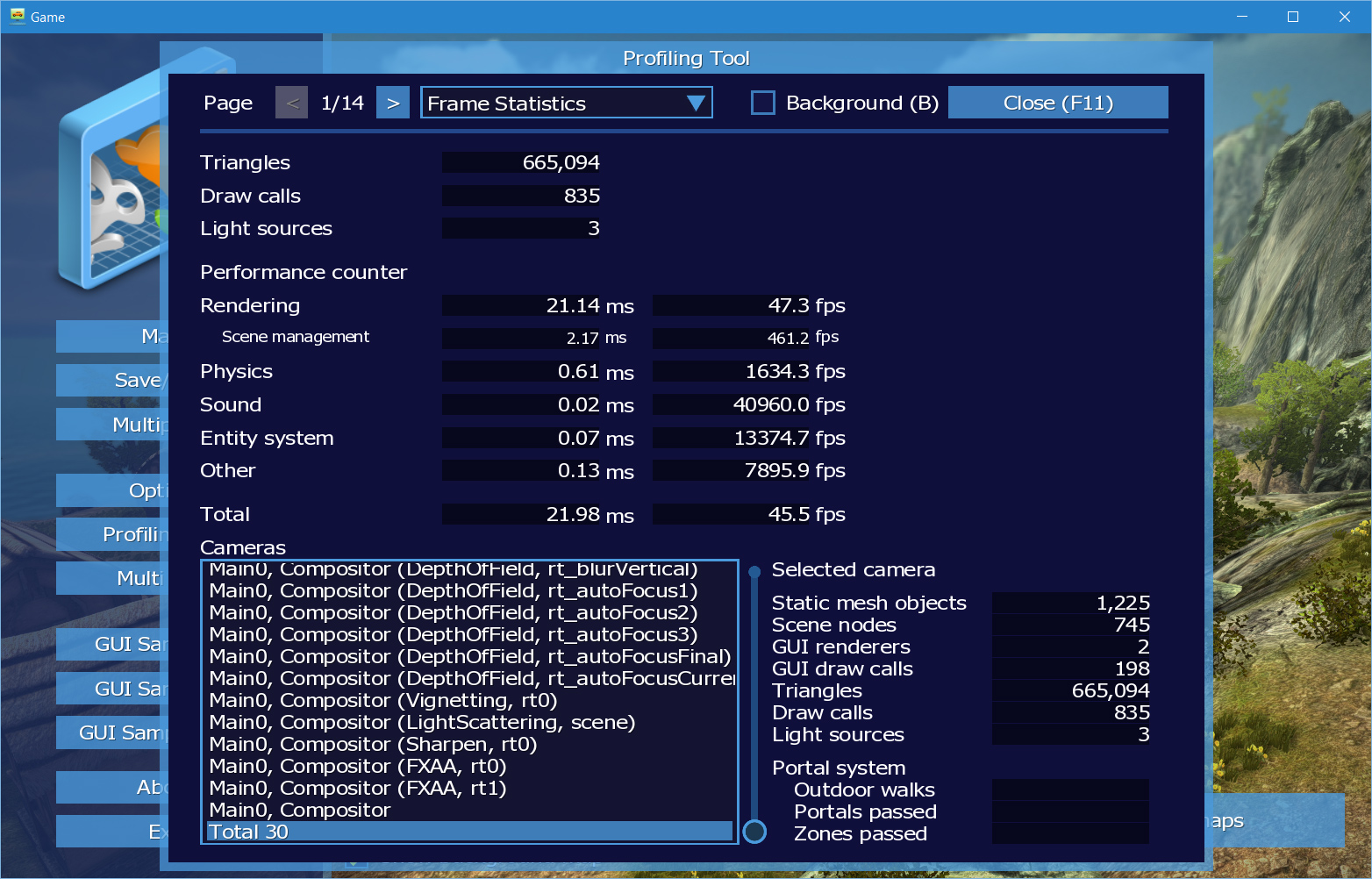 Big set of demonstration maps in the SDK 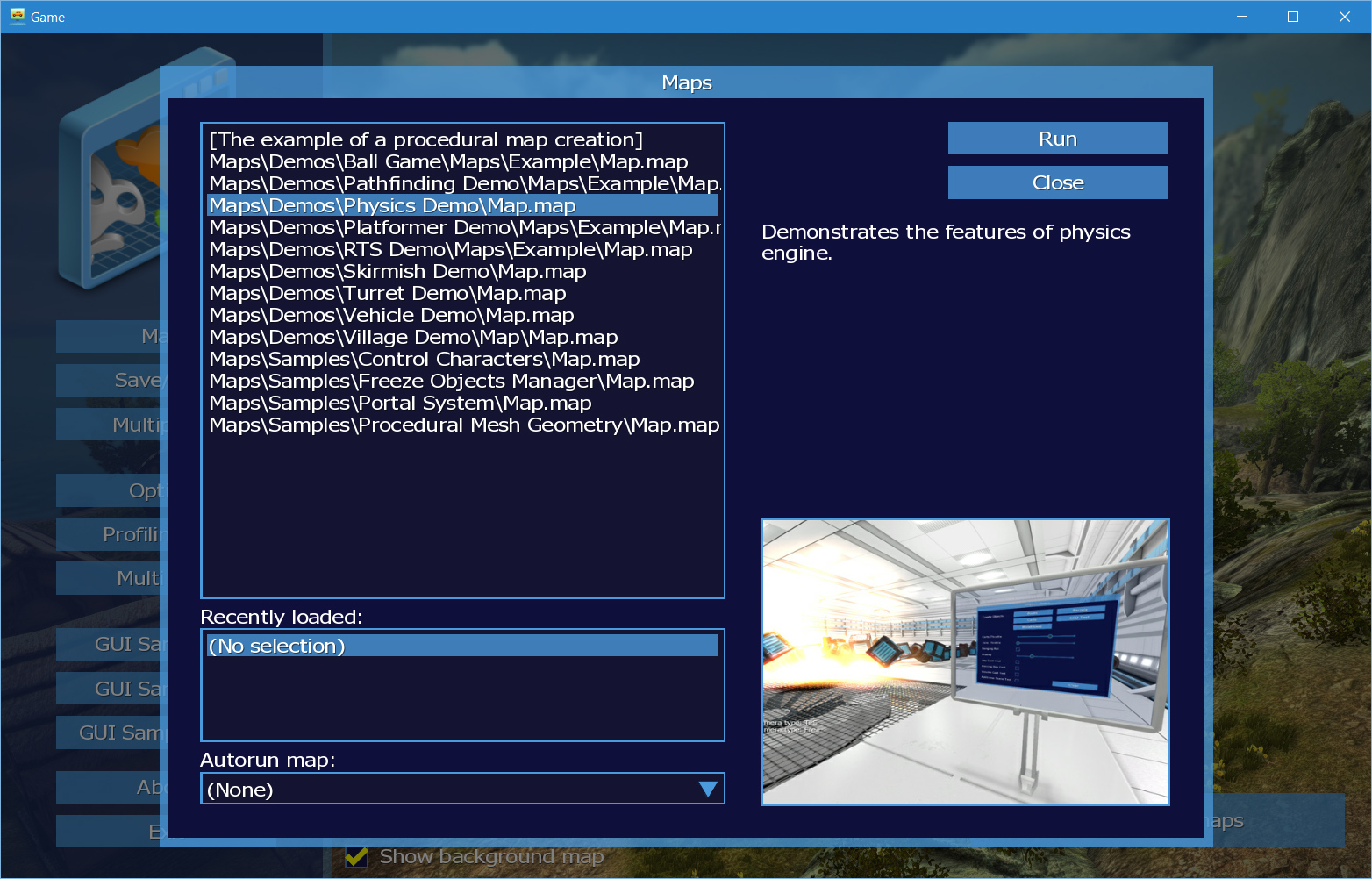 Download SDK.
Read more about NeoAxis.
Discuss on the forum.