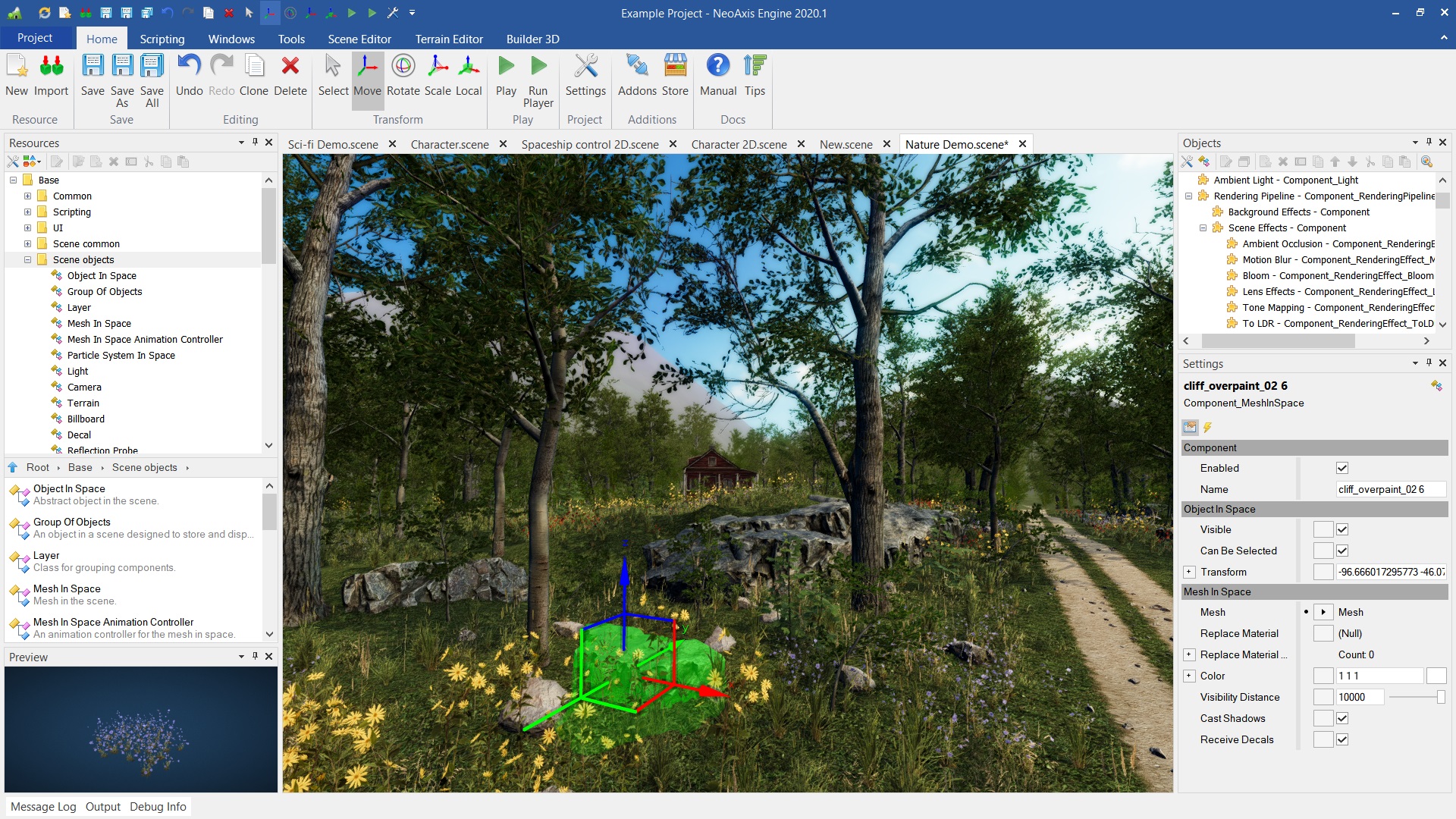 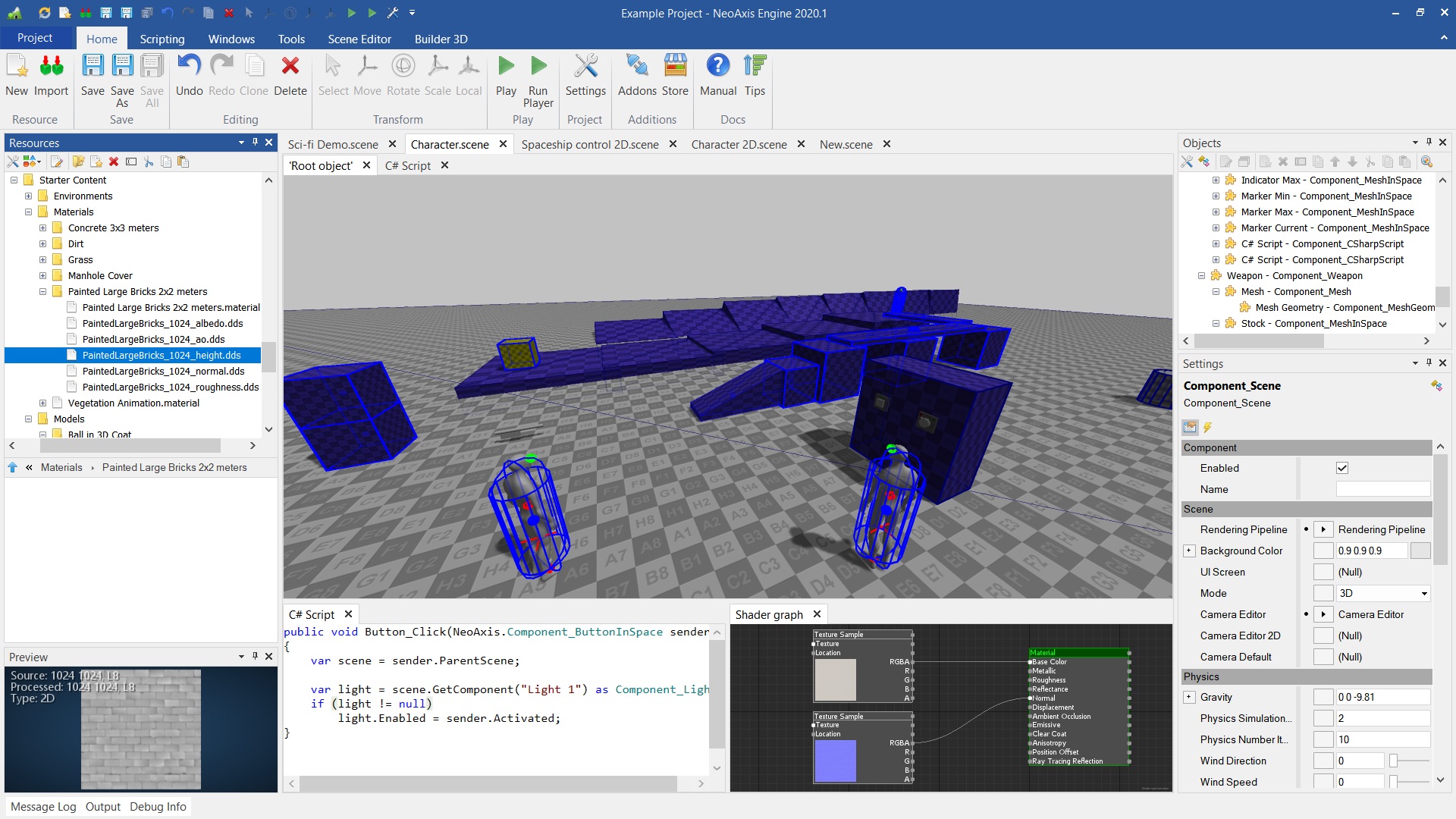 Added the start page. You can easily create a new scene and open an existing scene in it. 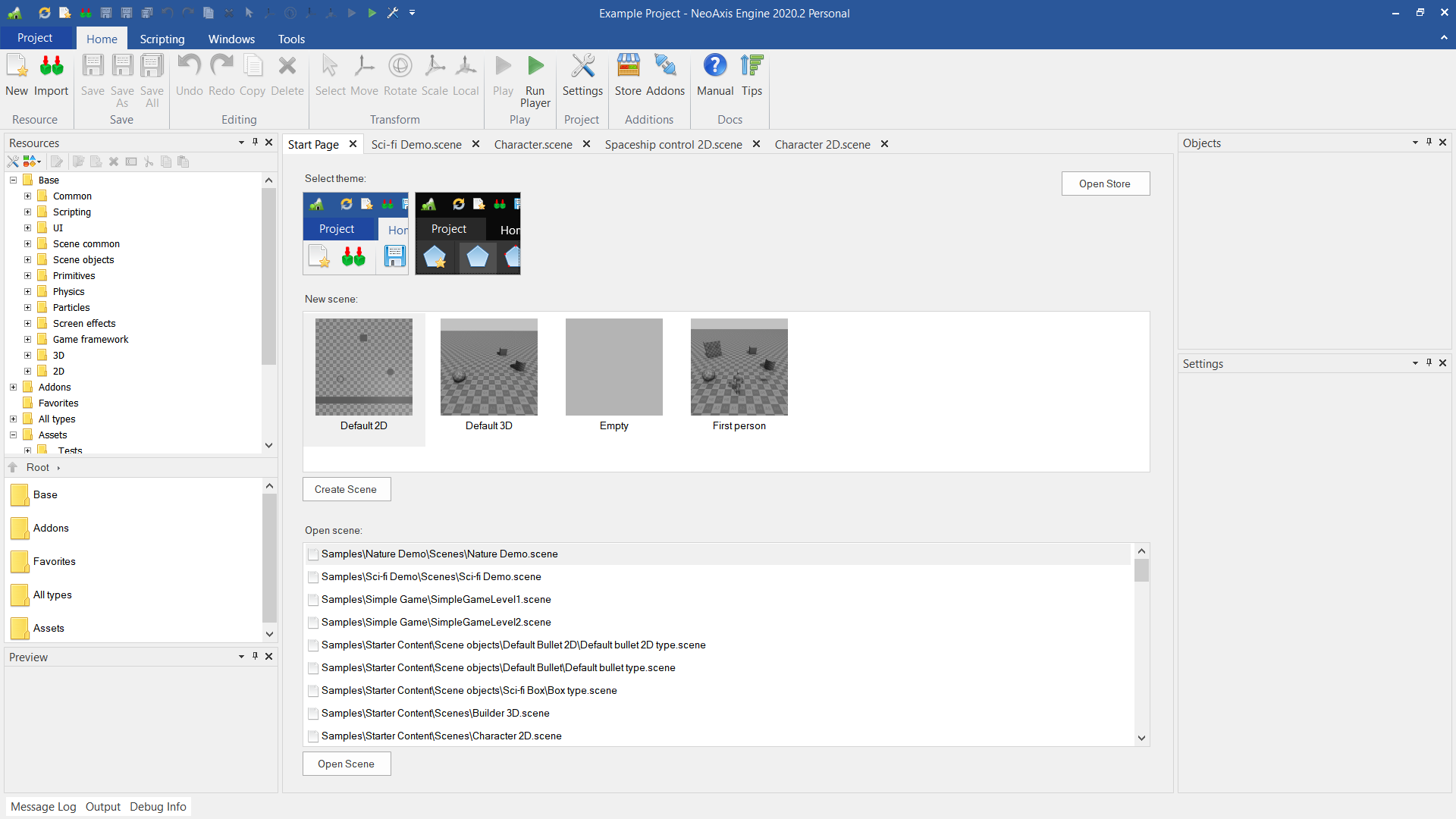 The package manager was improved. Now it supports automatic downloading of content from the store. 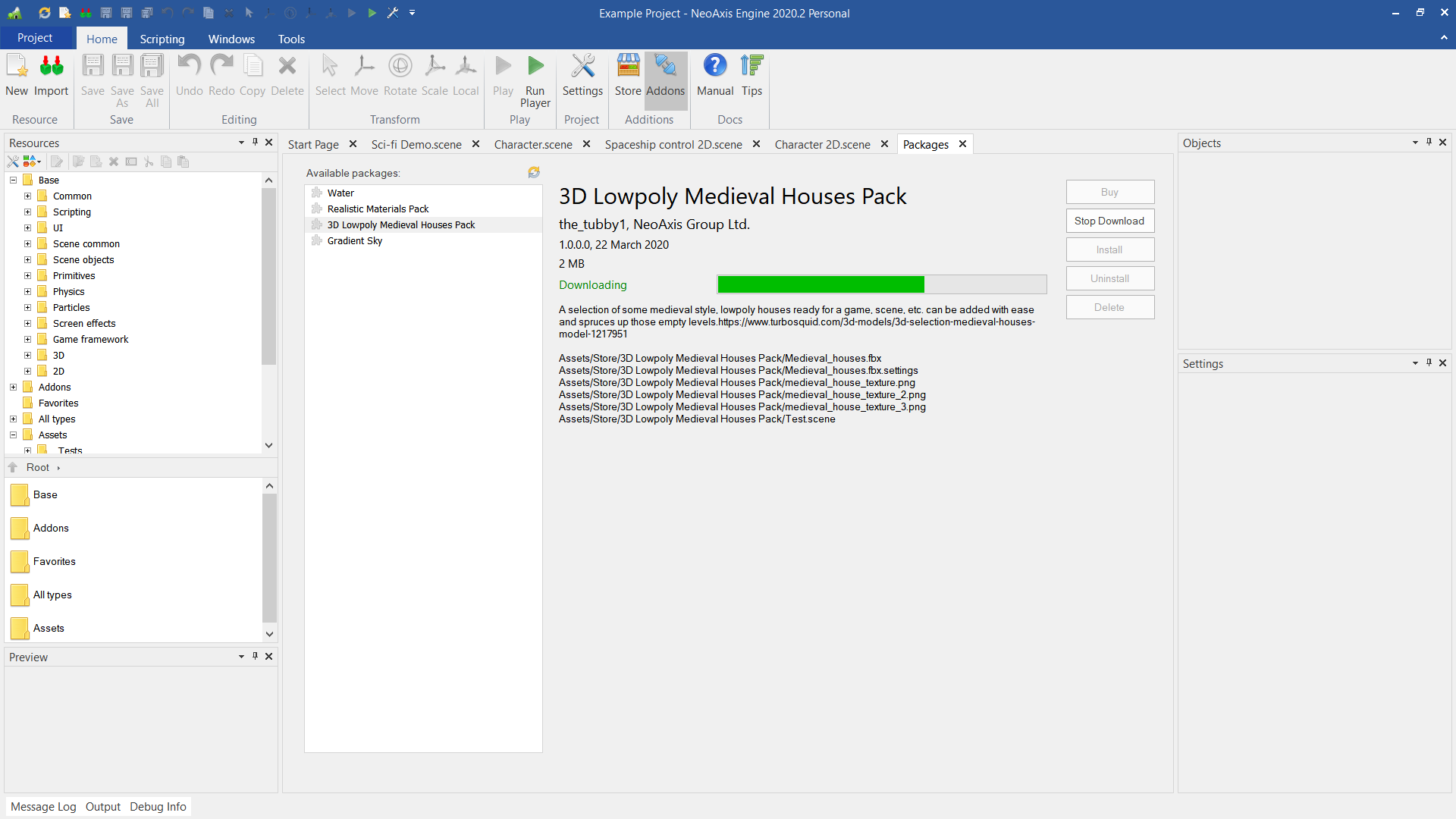 The ability to configure Ribbon, Quick Access Toolbar and shortcut keys has been added. 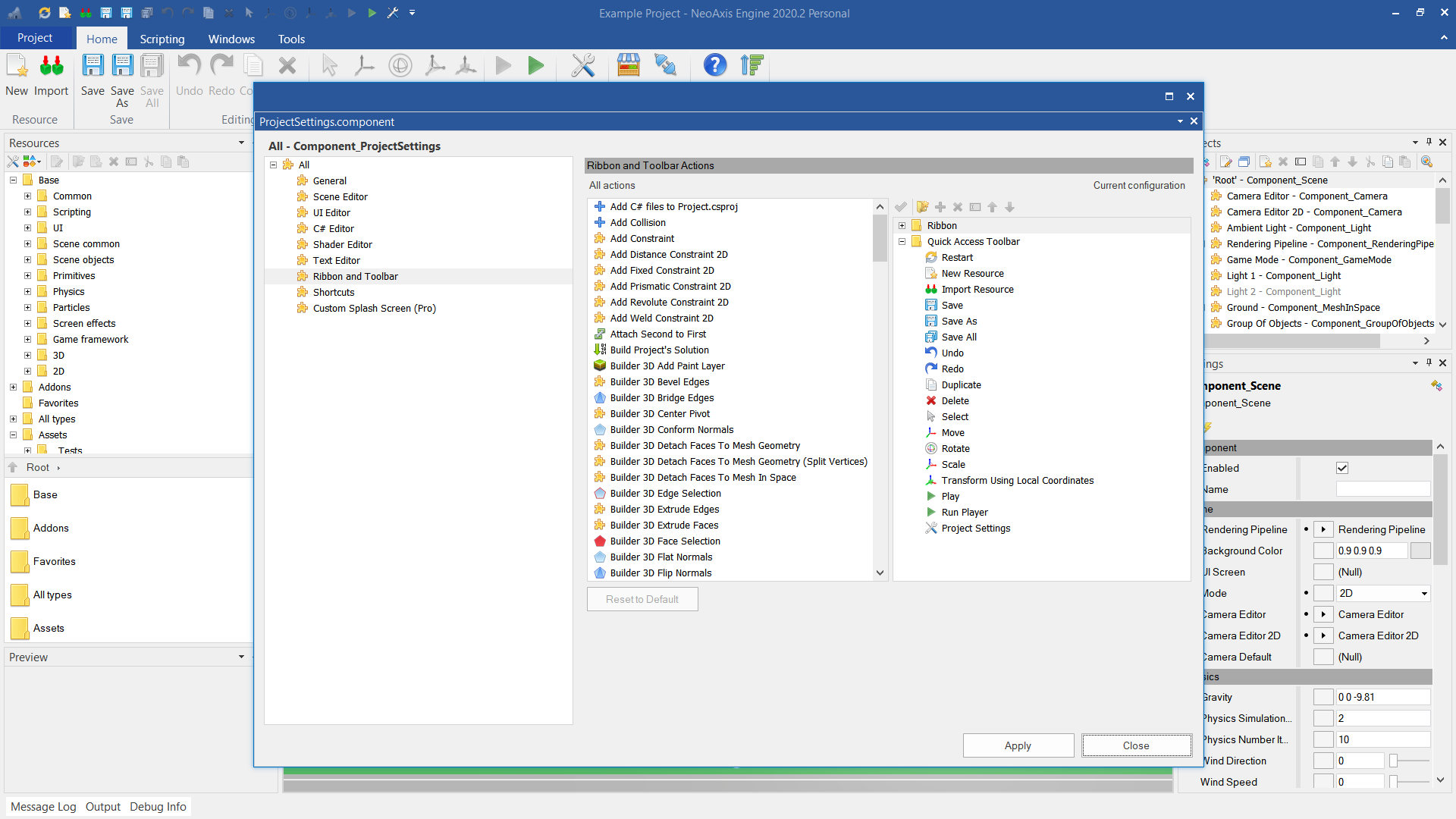 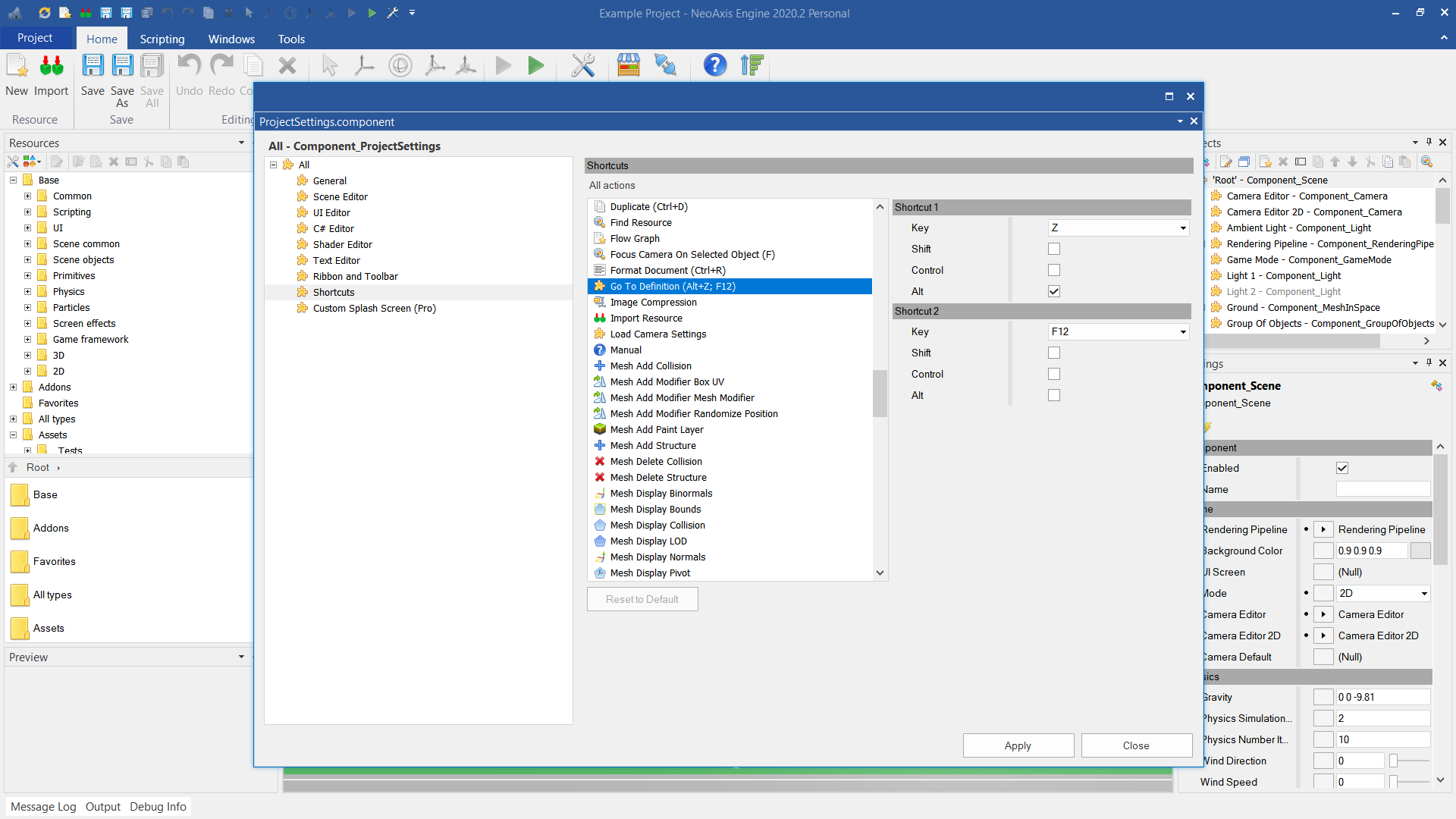 The ability to configure colors for C# editor, shader editor and text editor has been added. 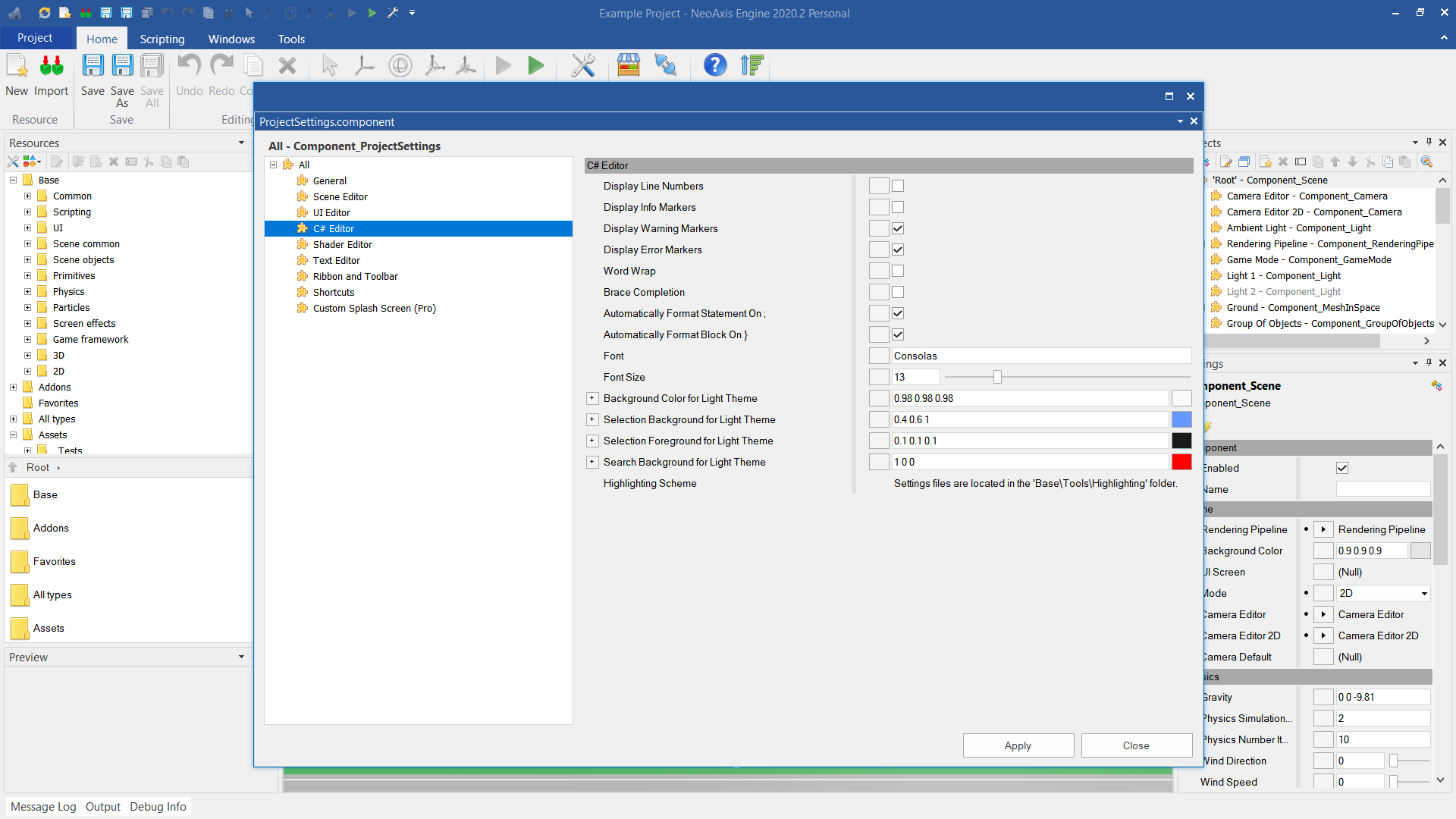 Building a product has been improved. Added more build options. 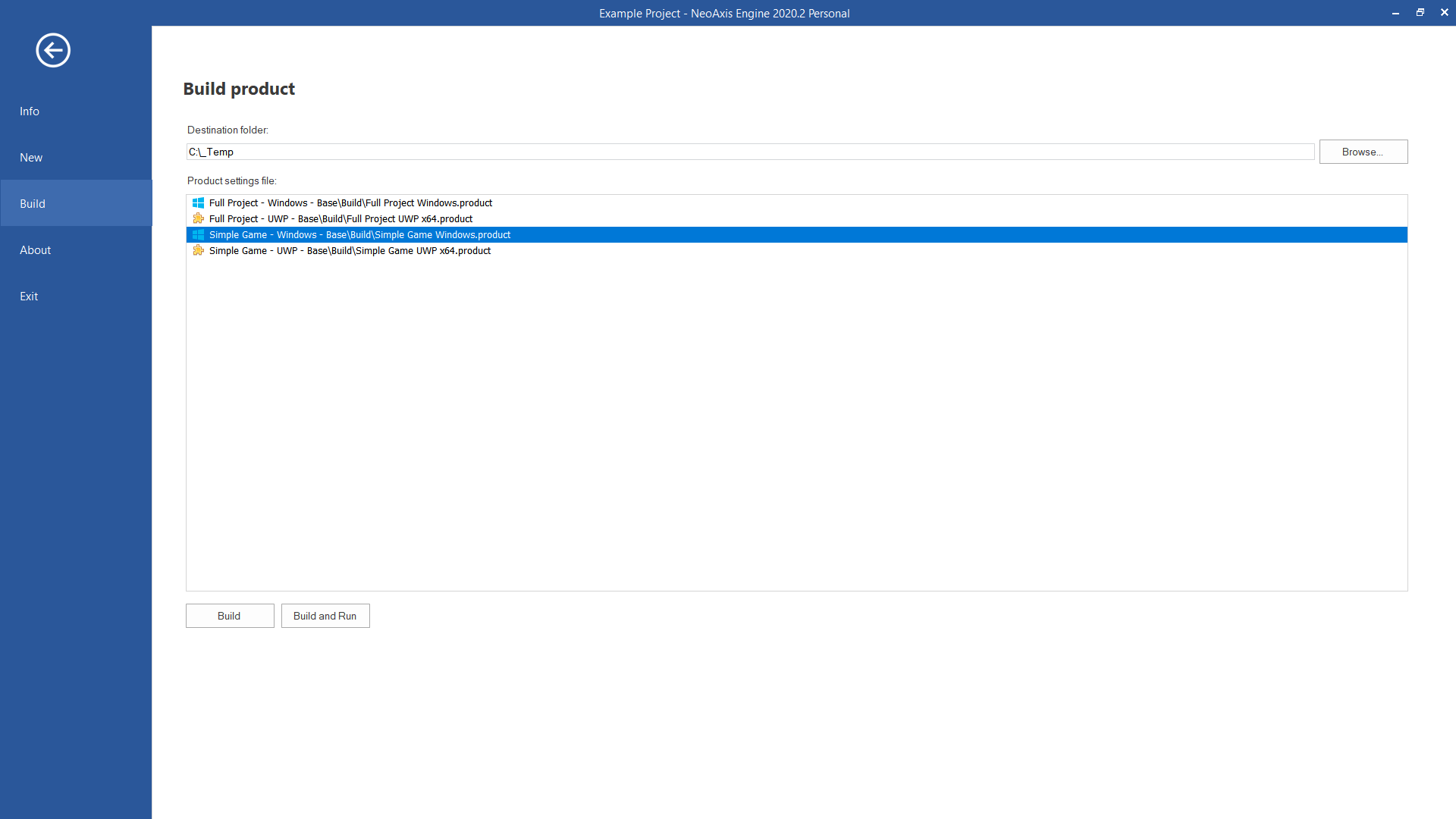 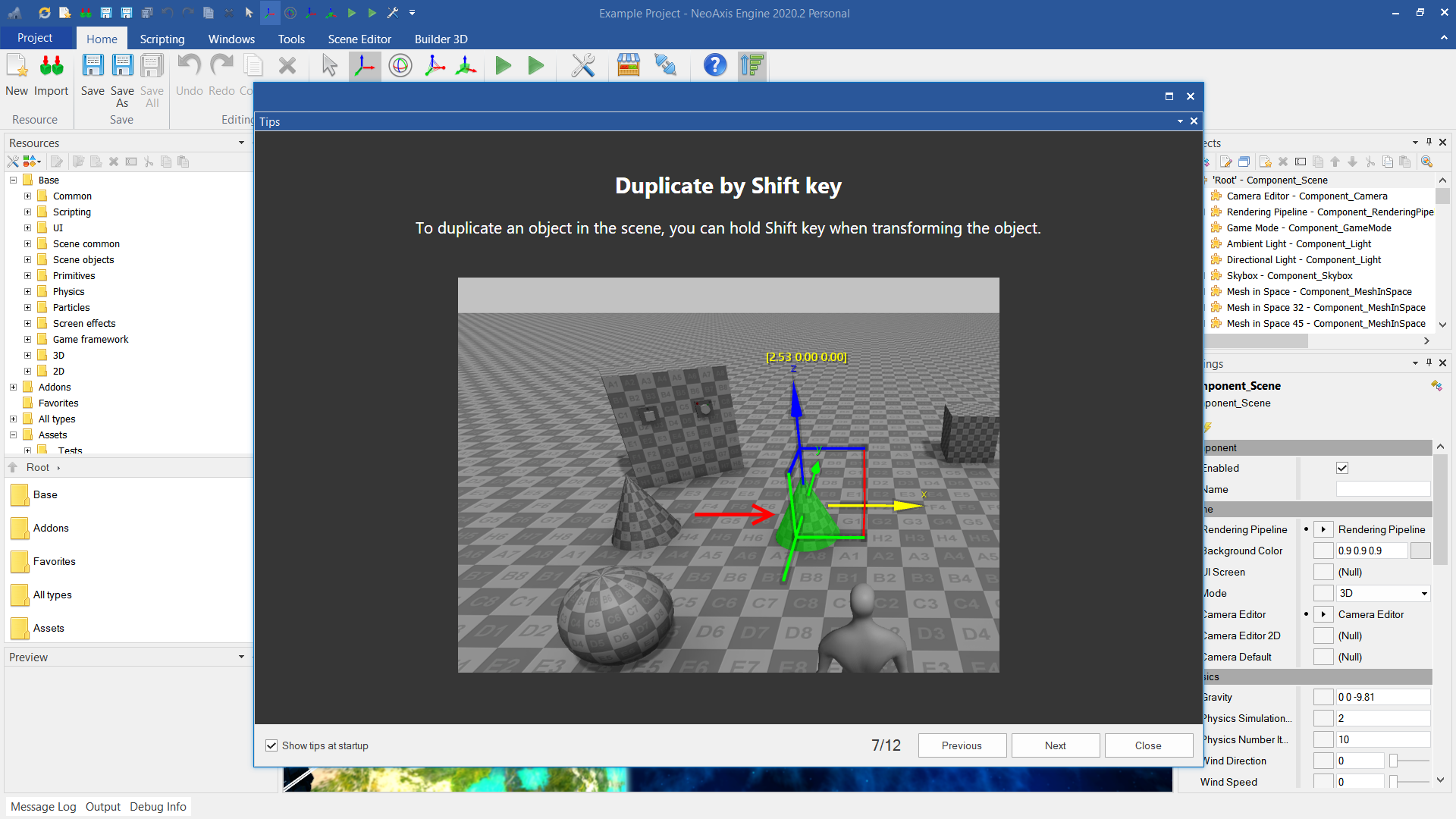 A large number of bugs were fixed, many fixes were made in the editor. 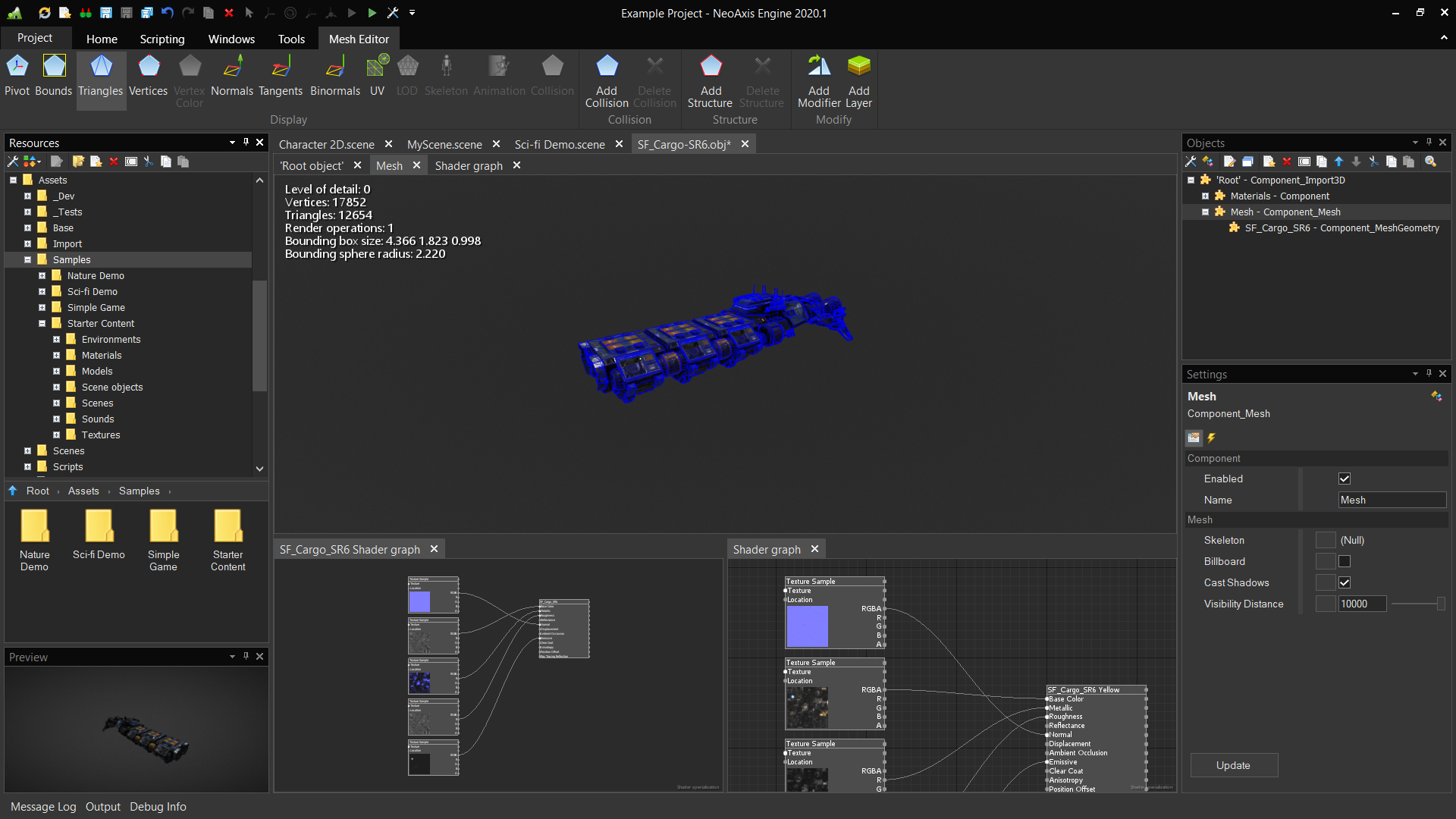 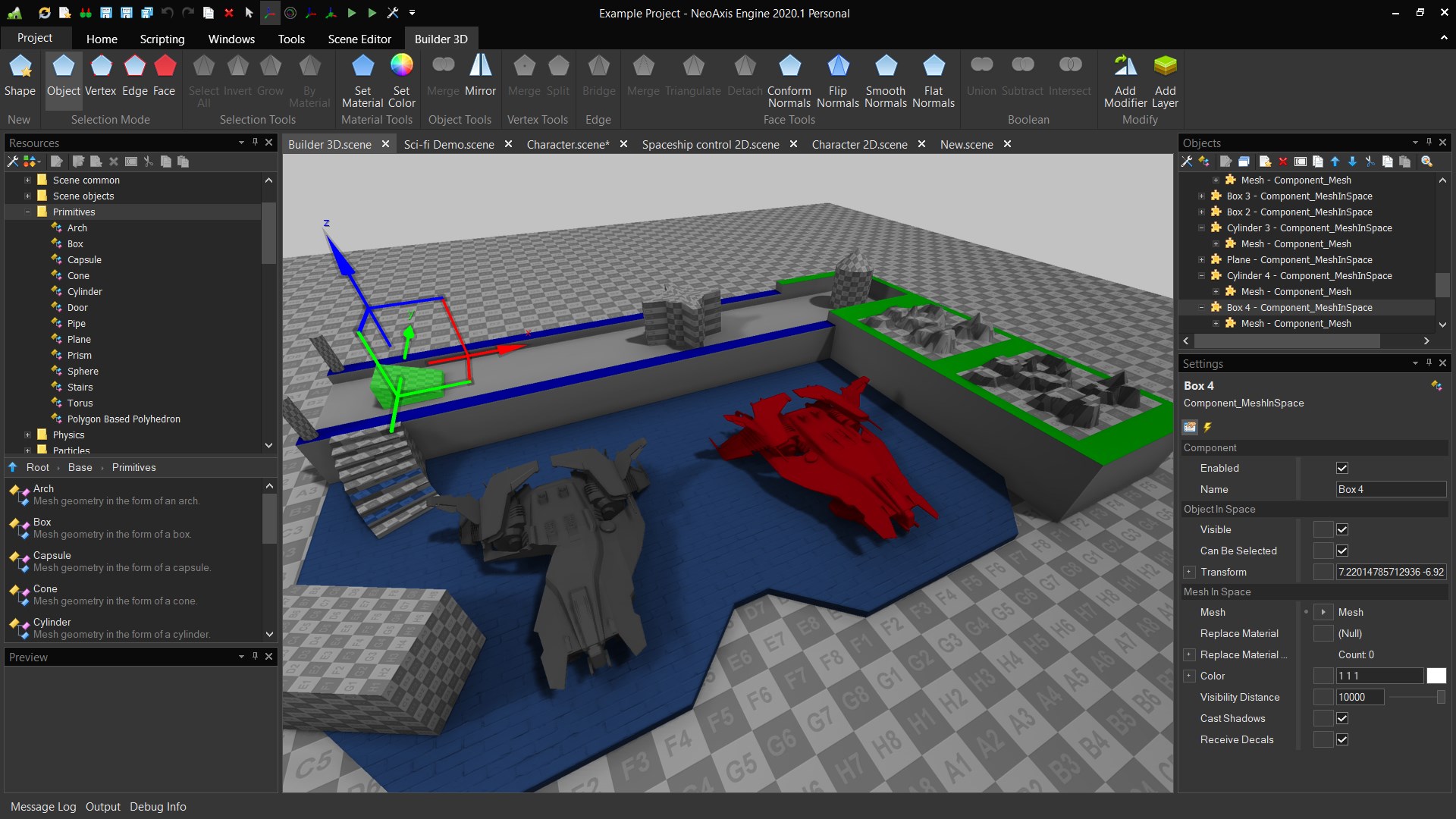 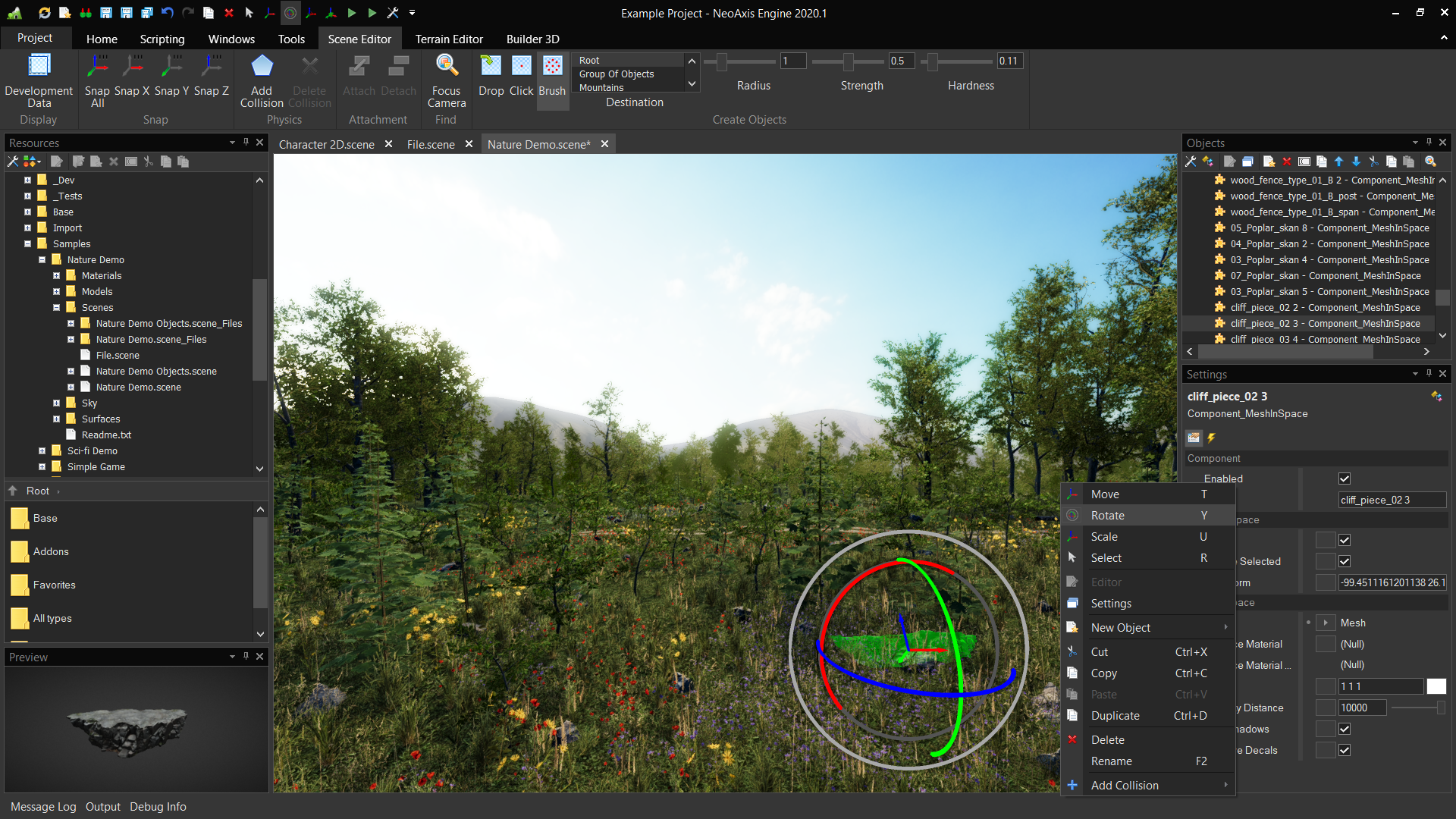