NeoAxis Group releases a new version of NeoAxis Engine is an integrated development environment with built-in 3D game engine. The environment can be used to develop all kinds of 3D projects such as computer games, visual trainers, VR systems, to visualize processes and develop windowed applications.

For a month and a half of an active development, we are glad to present version 2019.2. The engine is actively developing, 7 updates have been made after a month and a half. This release is the final in some way, more debugged, so we give it a major version number.

Since 2019.1, the following features have been added:

A detailed list of plans can be found on the Roadmap page.

We invite everyone to try the new NeoAxis Engine 2019 tool. It can be downloaded for free.

Of course, this release may contain errors. Please report them on the forum or by email. Bugs and flaws will be fixed in the first place, it remains only to learn about them. :) 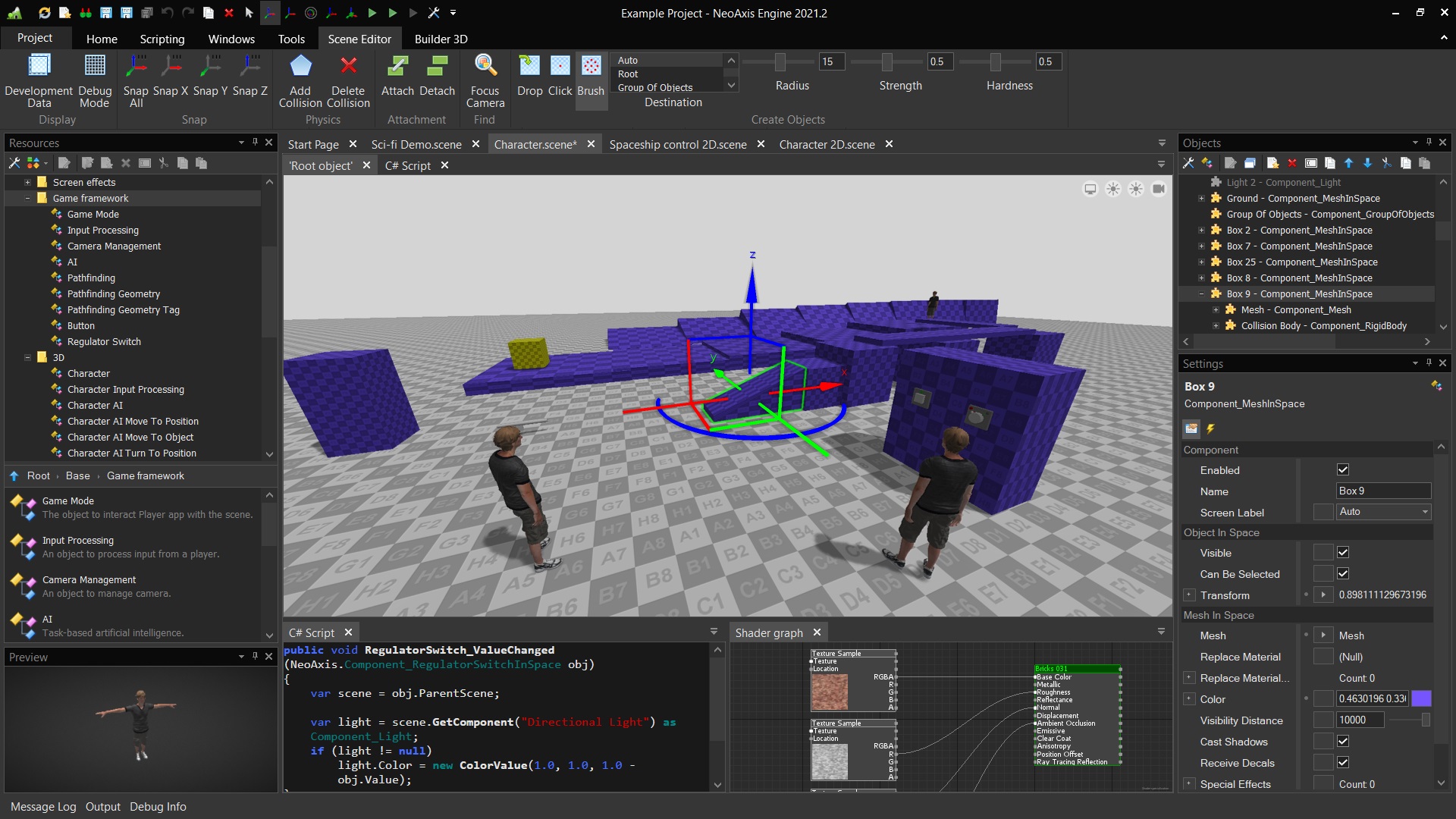