NeoAxis company announces a new licensing for their flagship product the NeoAxis Engine.

The versatile 3D/2D project development environment NeoAxis Engine has reached significant development. In the near future, NeoAxis Engine 2021.2 will be released, in which work with animations, characters, character AI will be improved, visual programming will be improved, and other features will also added. Along with the release, the engine will be provided under a new license agreement.

Today we offer pre-order to purchase new licenses with a 50% discount. 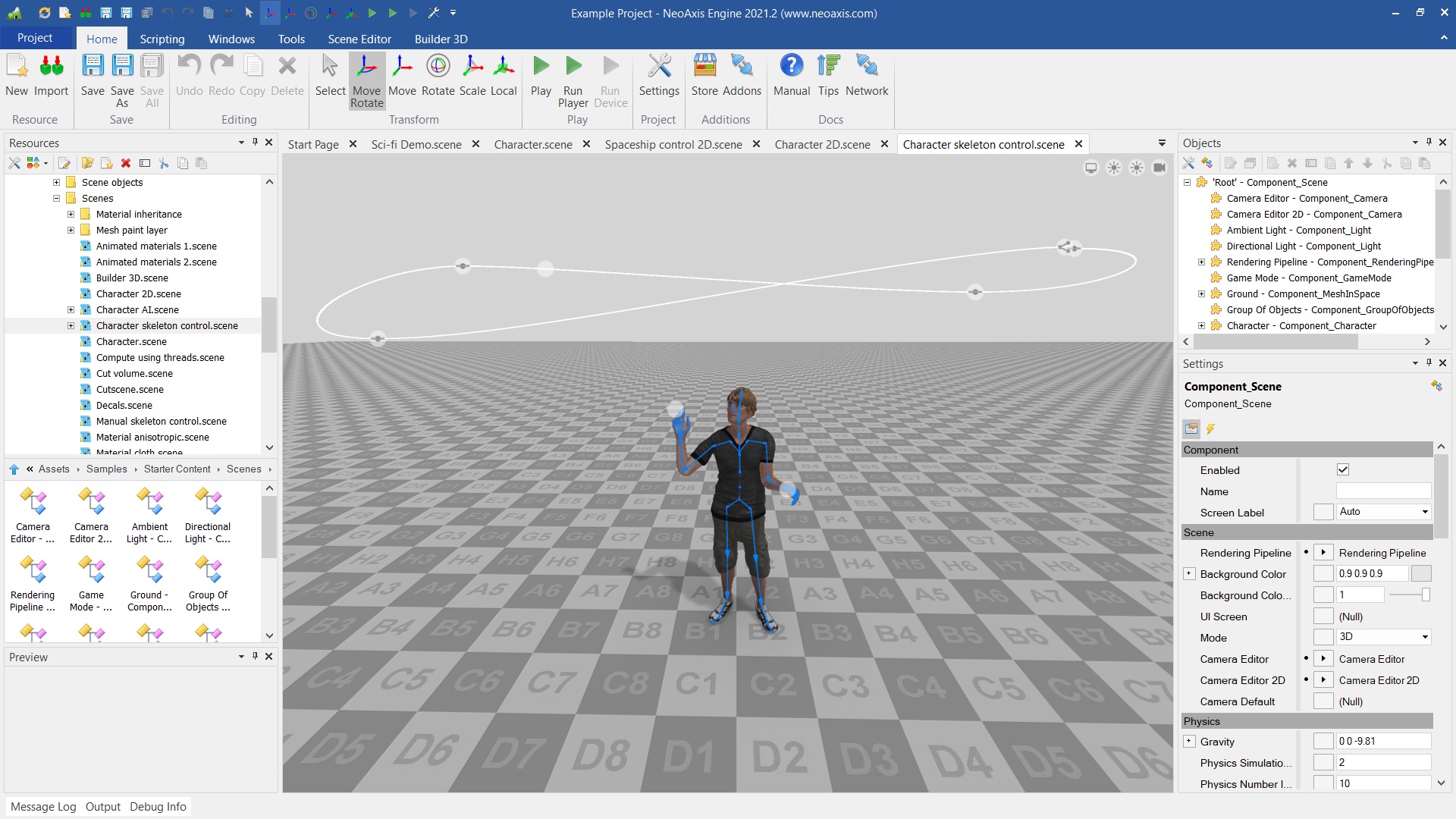 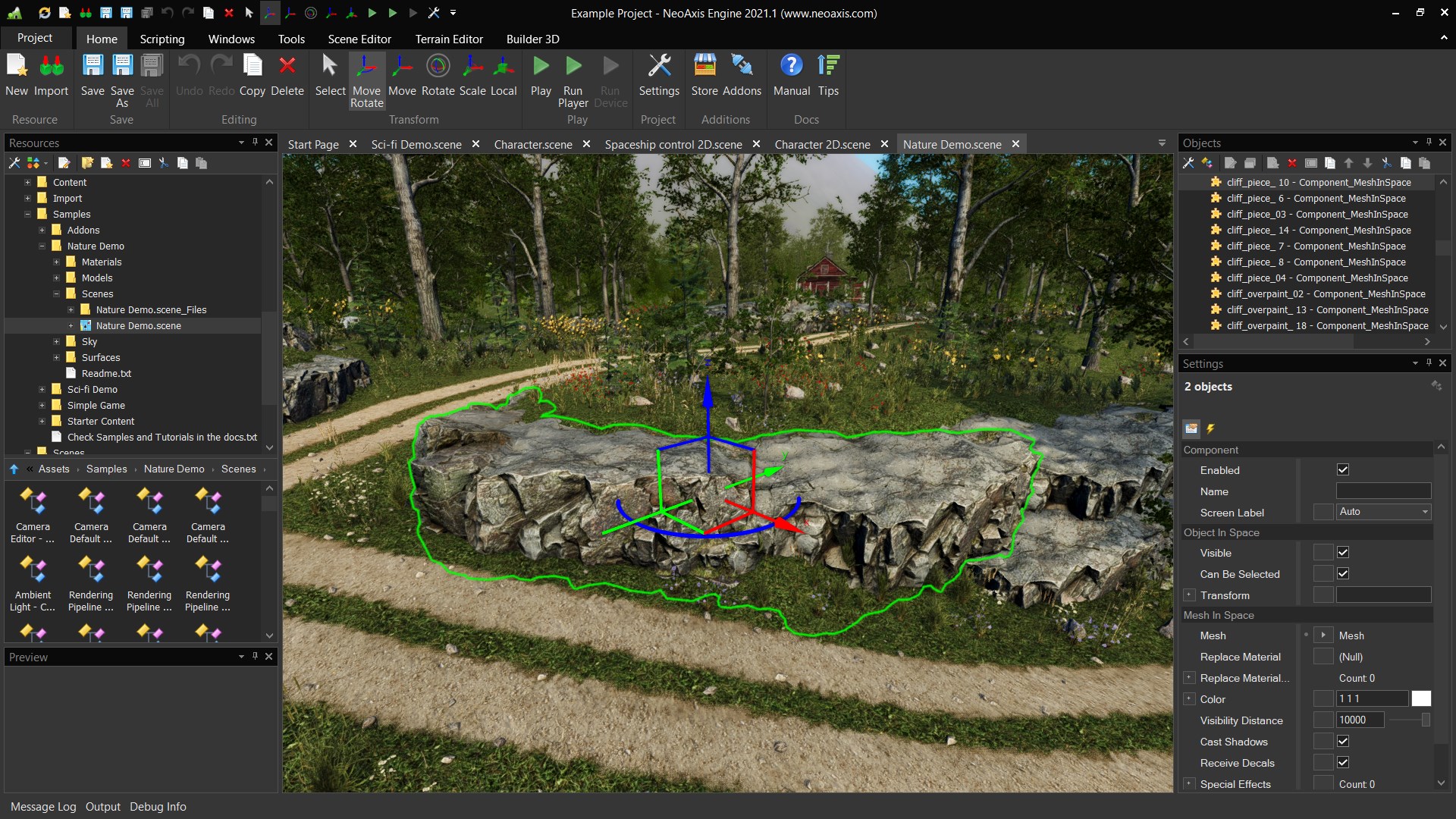 The engine remains free, there are no royalties. For an additional fee, you can customize the engine logo when launching your app, or remove it, get direct technical support from the developers, and, if necessary, buy the full source code.

For those who already use the engine or are thinking about it, we are happy to provide a 50% discount on the purchase of licenses. This promotion will last until the release of 2021.2, which is planned in about 2-4 weeks. The licenses include updates for 1 year.

For the new licensing terms, see the licensing page. 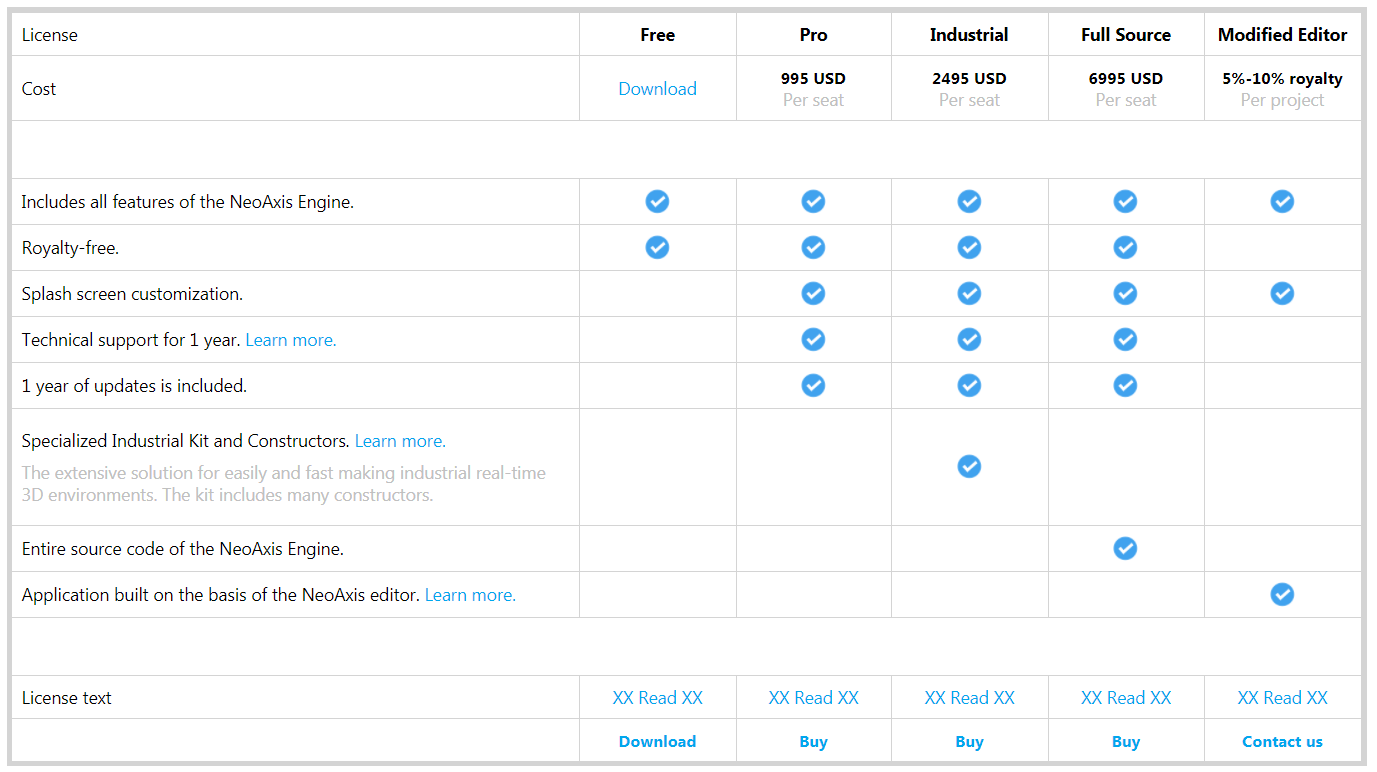 Added a new product NeoAxis Modified Editor Toolkit, it is an SDK for creating applications based on the NeoAxis editor.

Use the editor of the engine to build your derivative product. Technically, your product may be a modification of the NeoAxis editor. The architecture of the engine and its editor are an extensible system. The editor can be expanded with additional functionality. Other sub-editors can be added to it, and current ones can be changed. Extra functionality can be disabled. As a result, the being developed specialized product can essentially be a modification of the NeoAxis editor. This provides many advantages over development from scratch. 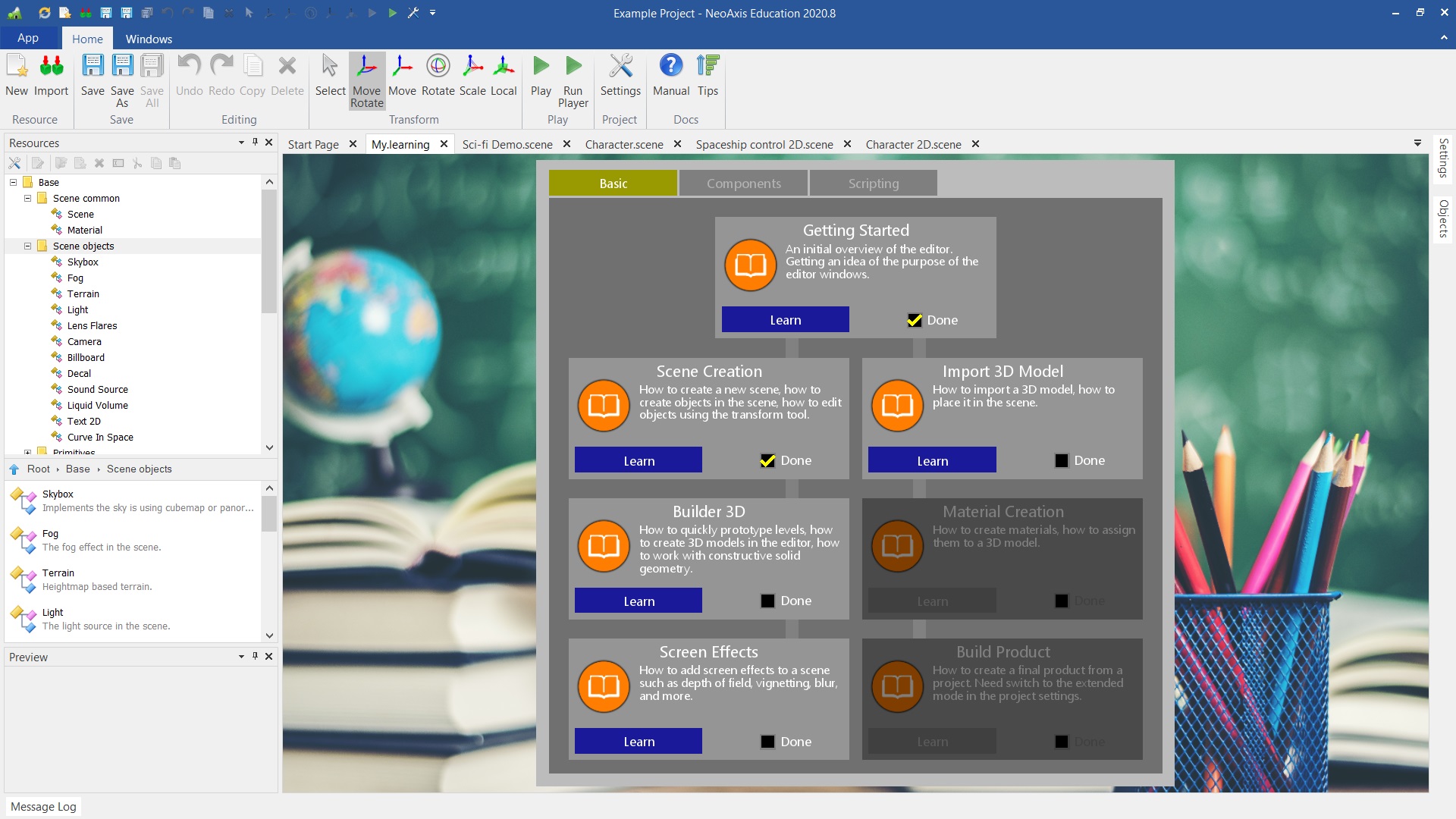 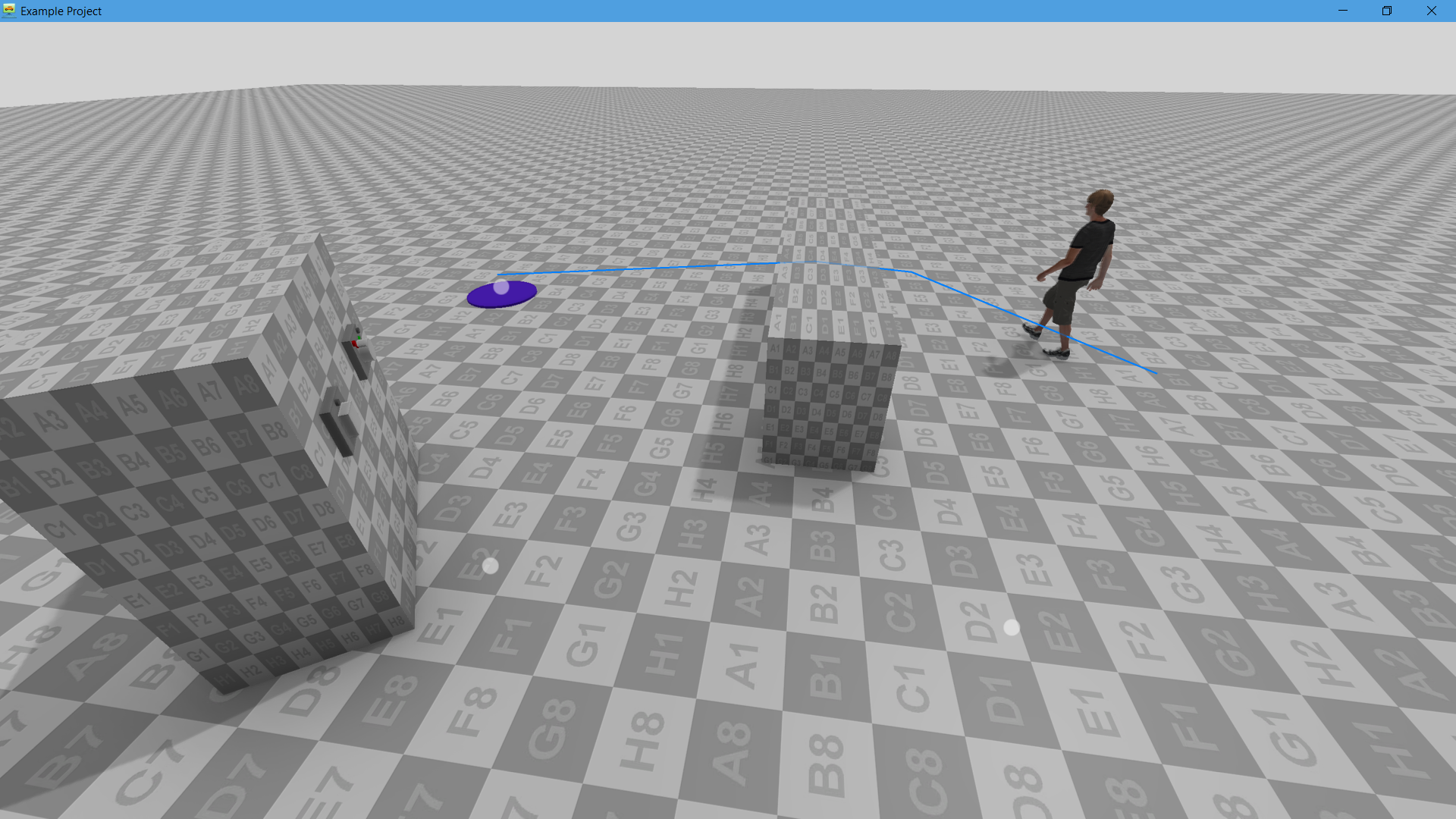 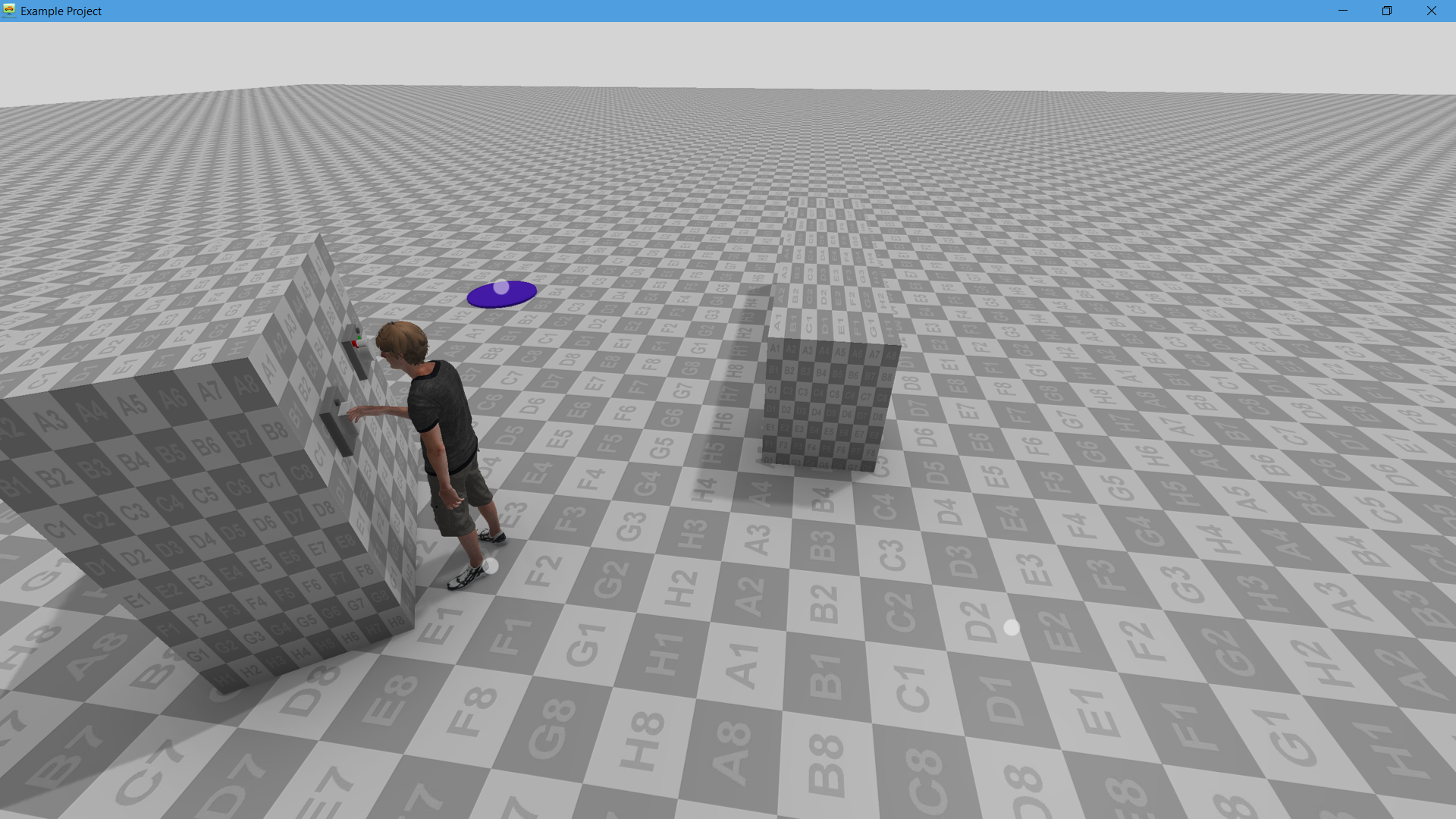 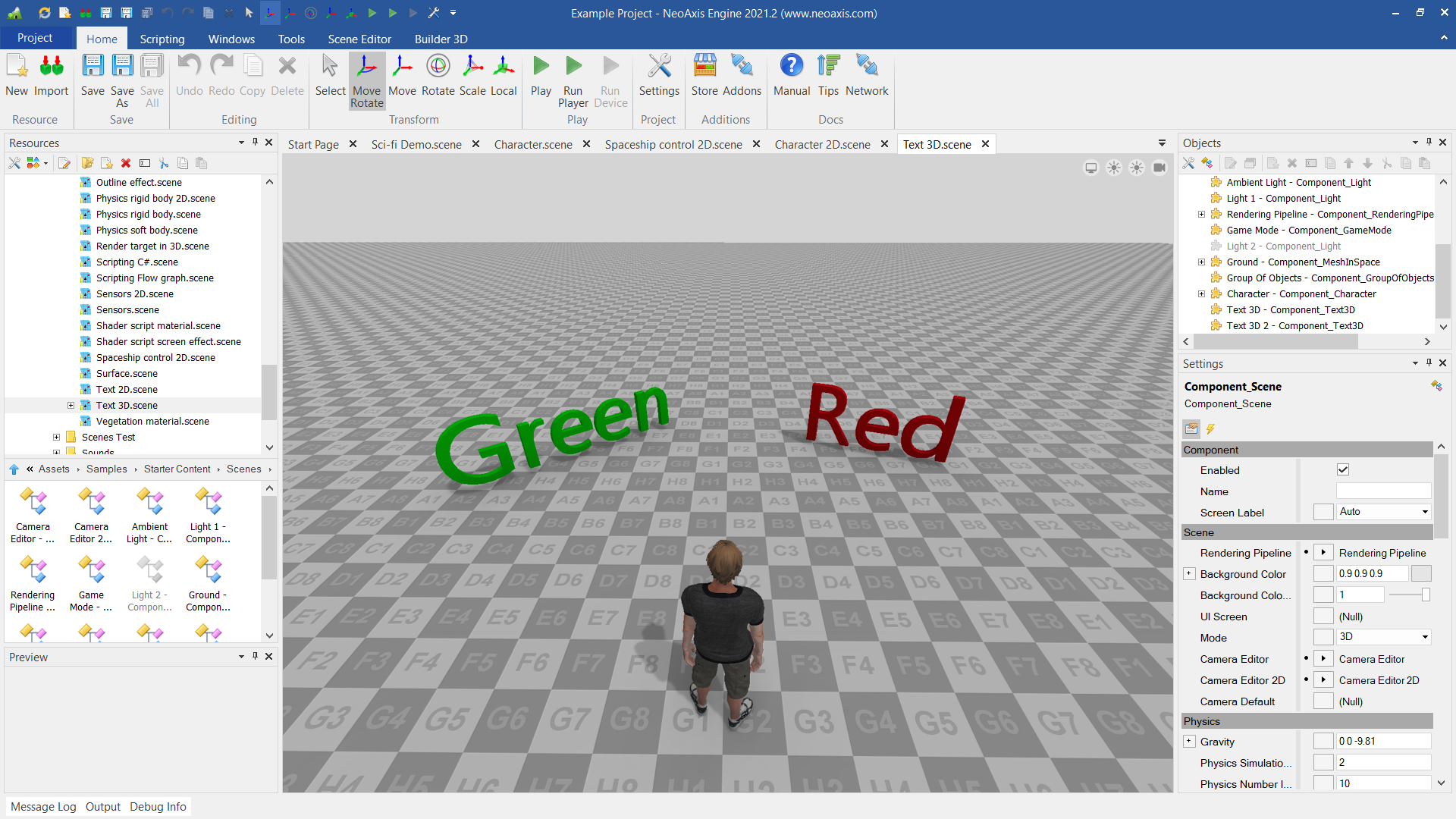 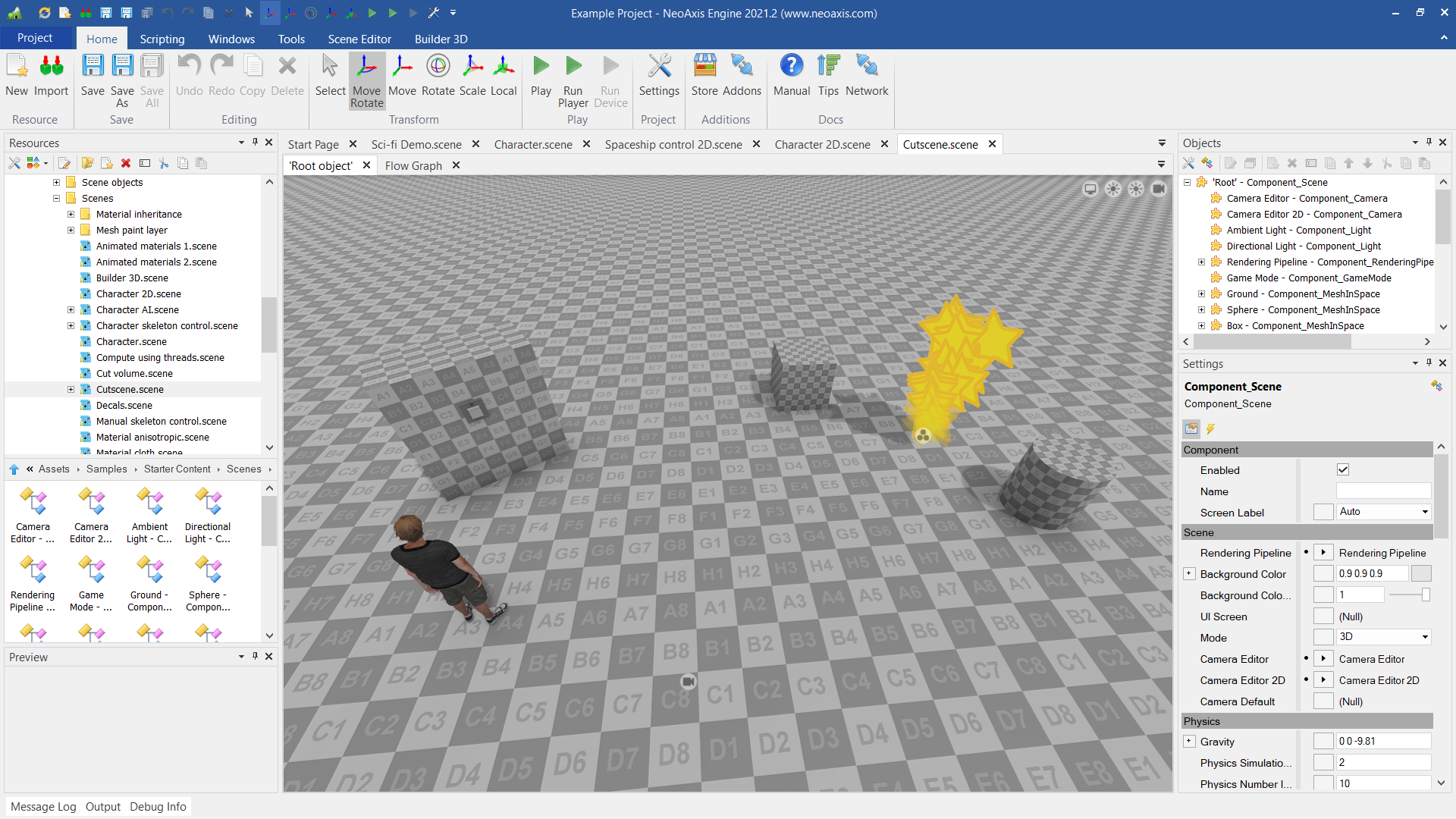 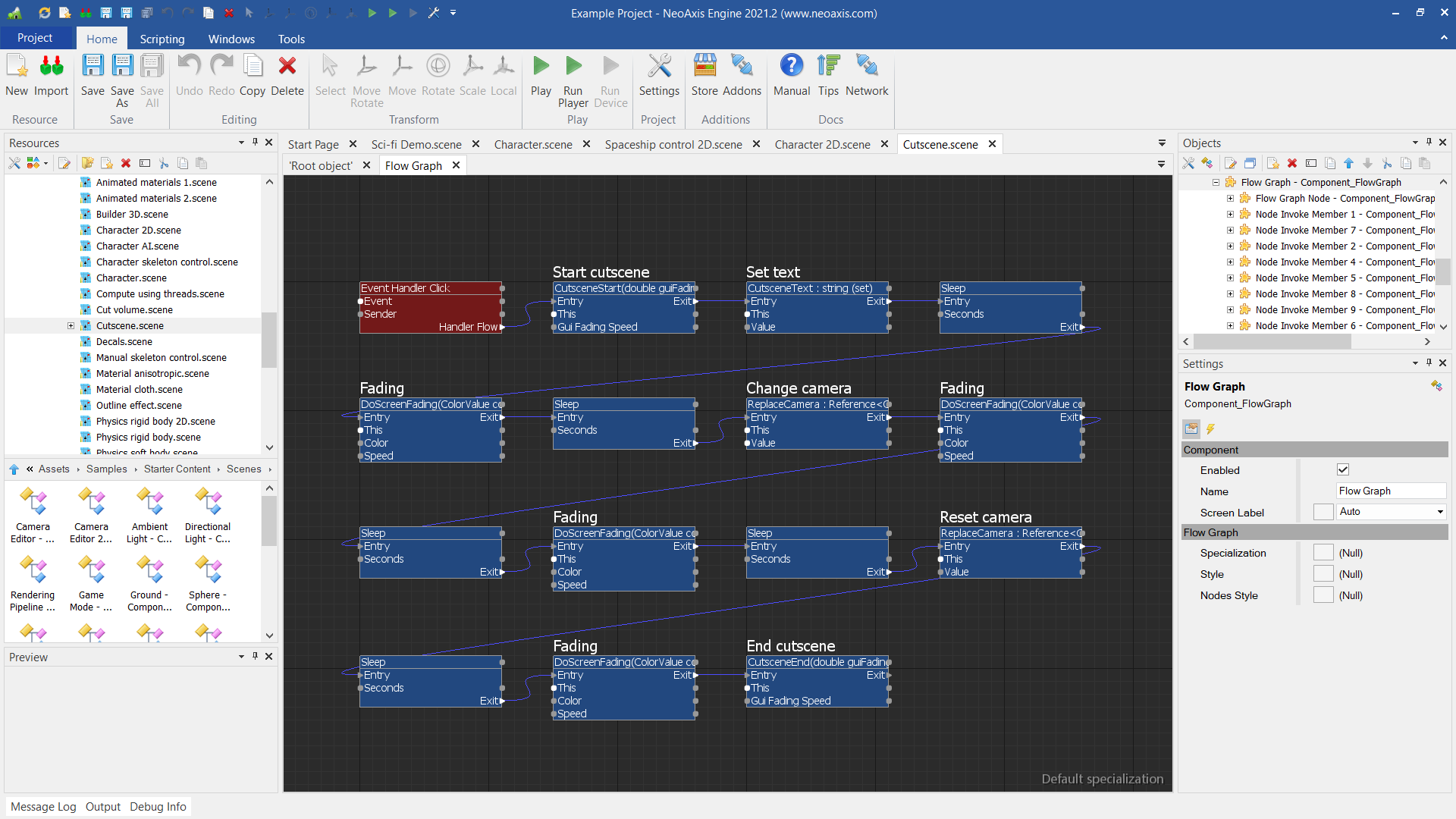 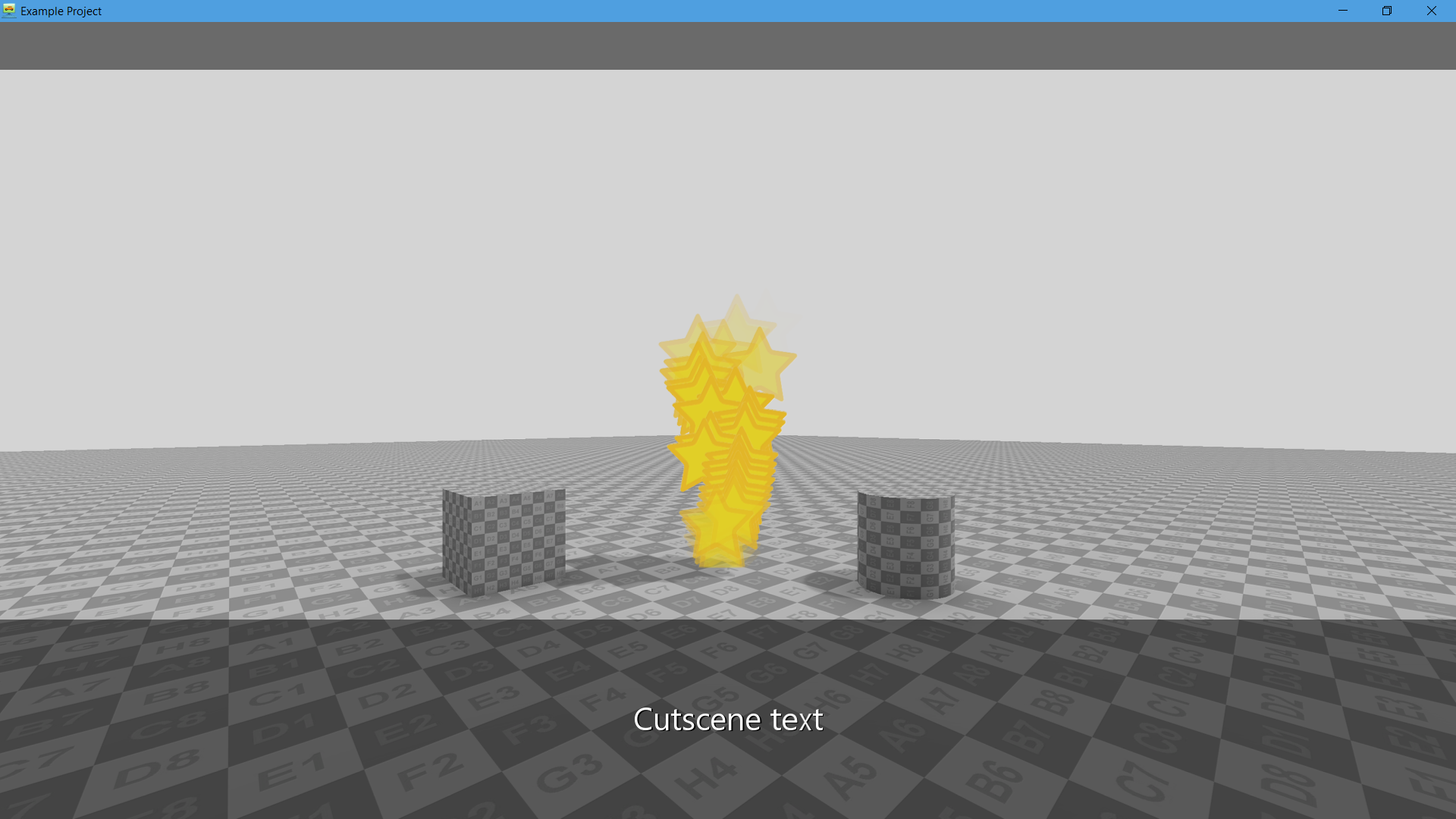 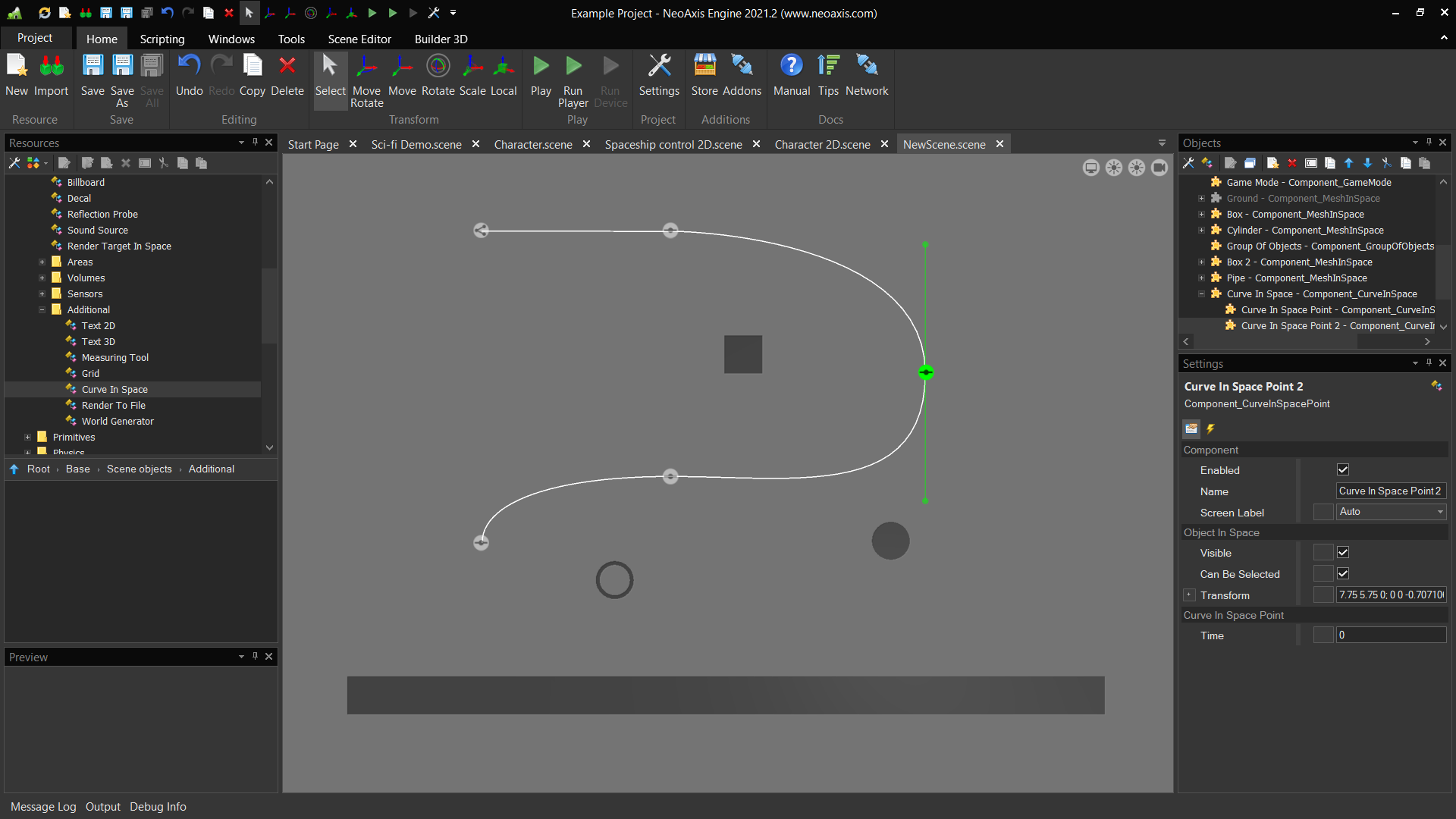 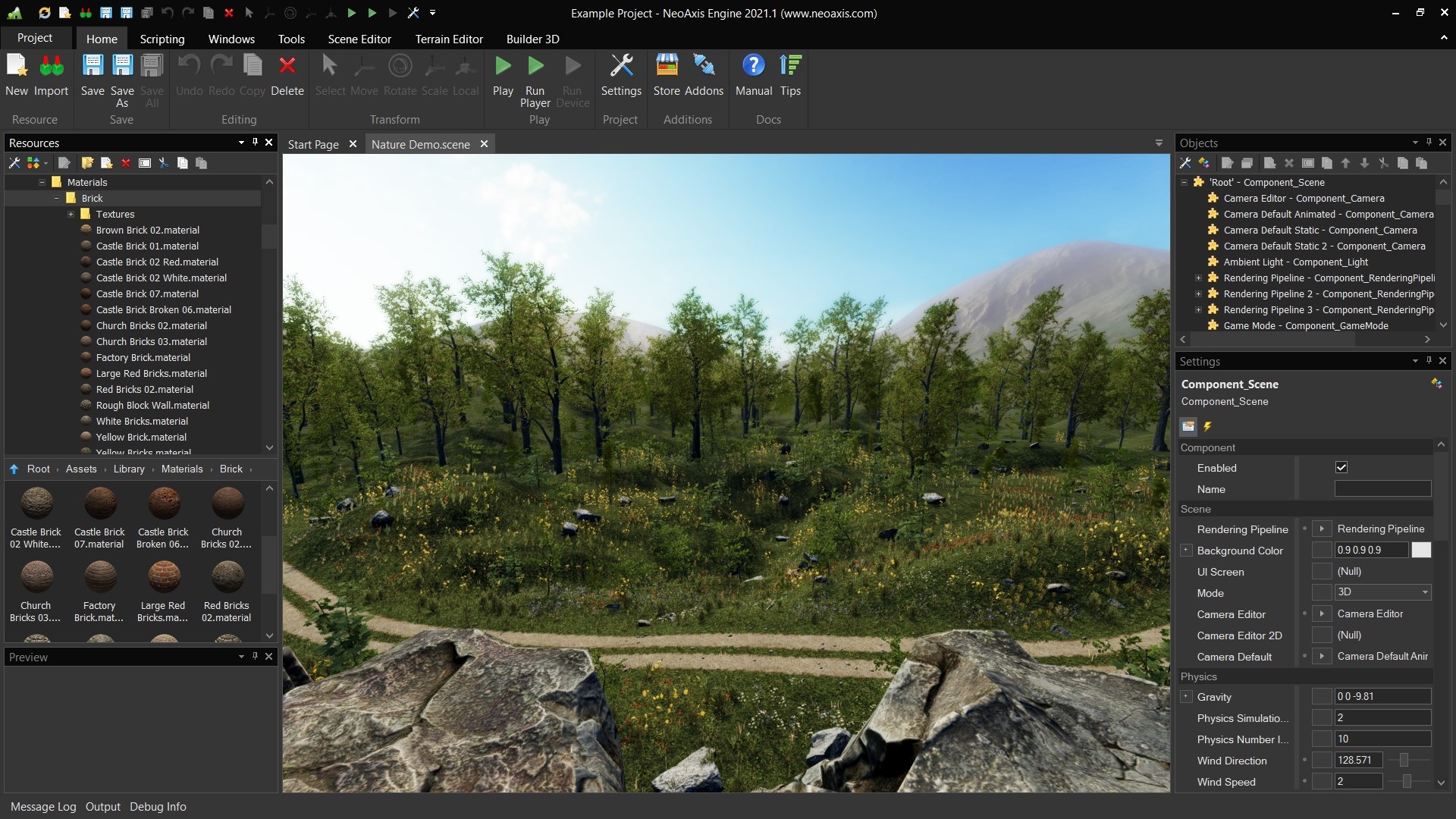 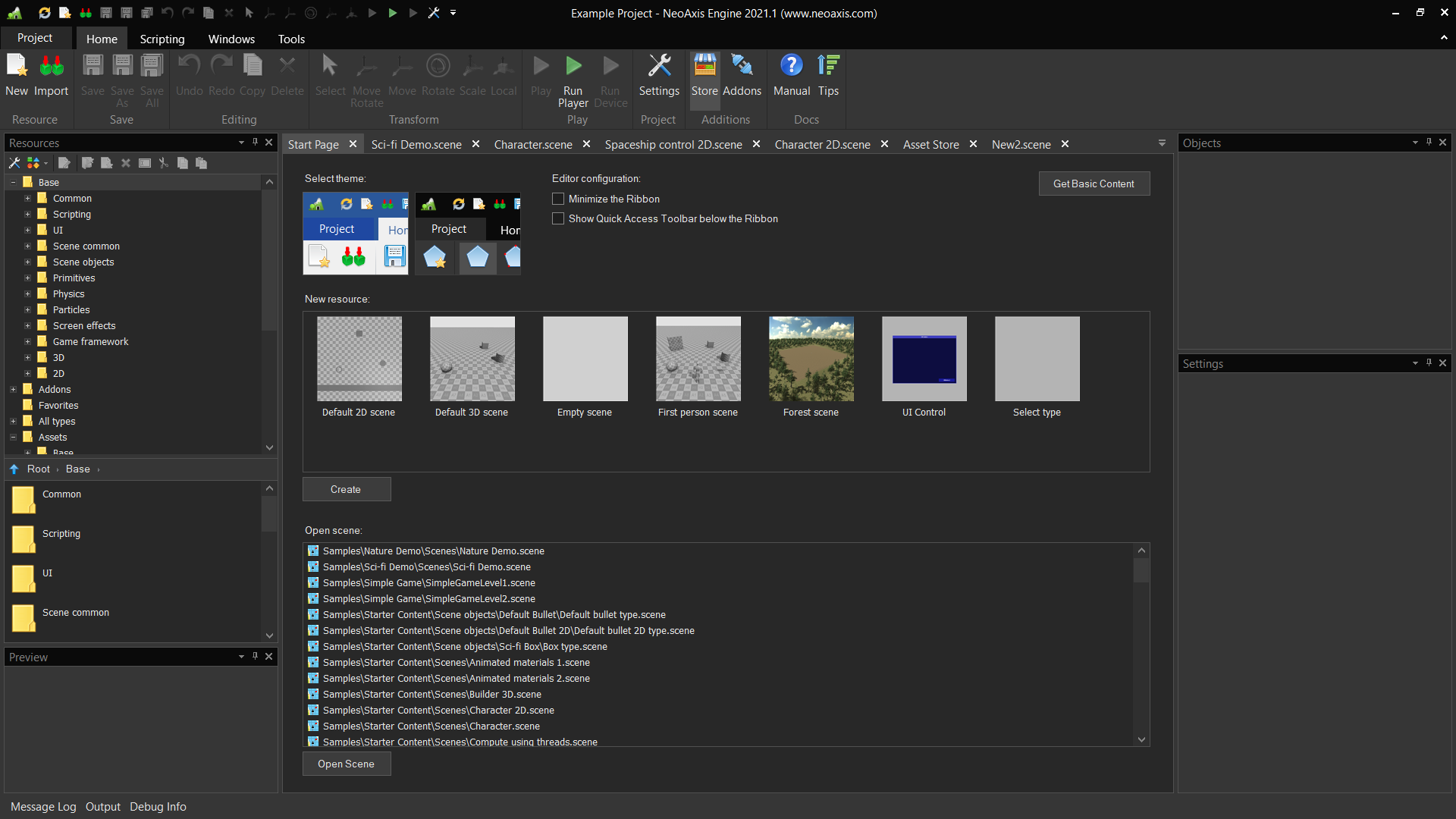